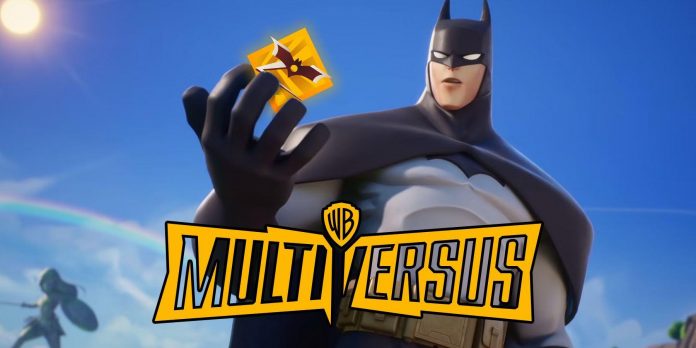 Batman is quite the popular character among the tidal waves of players that are enjoying MultiVersus. Even though he wasn’t free during the first or even the second character rotation, players still spent their hard-earned Gold to unlock him and have been using this DC Comics icon to climb to MMR rankings. In fact, there are actually quite a lot of Batman mains in the top 100 players at the moment, though Bugs Bunny still reigns supreme (but maybe not for long).

But, what setup is helping these Batman-lovers make their climb a bit easier? Let’s take a look at some of the best Perks to use for Batman in MultiVersus, why they’re recommended, and some alternative options based on certain matchups.

First and foremost, let’s get the setup out of the way. The “best” Perk Setup for Batman is, without a doubt:

Signature Perk: Bouncerang Offense: Hit ‘Em While They’re Down Offense: Up, Up, and A-Slay Offense: I’ll Take That

It might seem odd to run three Offense Perks given that many Batman players are so good at Defensive maneuvers like spacing and dodging attacks, and this may seem more appropriate for a more damage-centric character like Garnet, but these truly are Batman’s best choices.

Reasoning For Bouncerang & Hit ‘Em While They’re Down

Bouncerang rewards players for missing with their Batarang, while Precision Grapple actually makes it more difficult to combo out of a successful Grapple.

And, for Hit ‘Em, While They’re Down, the explanation is also pretty simple. Anyone who has played against an even “decent” Batman player online knows how often they “fish” for their Batarang hit confirms. In fact, a lot of Batman players don’t even attack unless they have a Batarang ready to throw.

There are many viable explanations for this playstyle, such as the Batarang just being a fantastic approach option, but the main one is just that the Batarang applies one stack of the Weakened Debuff on hit (or max stacks on return with Bouncerang). This means that, for most of Batman’s combos, the opponent will be Debuffed by either Weakened, the Slow from his Smoke Bomb Special, or any other Debuff his ally may be applying. With that in mind, it’s obvious why Batman should run the Perk that buffs damage done to Debuffed enemies; it basically functions as a passive damage buff for the majority of a match.

The common joke going around about Batman in MultiVersus has been phrased many different ways, but they all sound similar to something like “of course Batman has trouble finishing opponents in this game, he only has one rule, after all…Batman can’t kill.” And, for the most part, the core concept of this joke rings true, as Batman struggles to KO opponents in MultiVersus in general.

His Rising Bat Special and Bat-Kick Aerial Attack are his two main tools for actually getting Ringouts, but both of them become very predictable very quickly. Therefore, running something like Up, Up, and A-Slay only makes sense as players don’t want to give their opponent too many chances to get used to their two KO moves.

Much for the same reason Batman players will want to run Hit ‘Em While They’re Down, they’re going to want to use I’ll Take That as well. Simply put, this Perk reduces Batman’s Cooldowns by 0.5 seconds (or 1 second if stacked by an ally) once he hits a Debuffed enemy.

Additionally, on a team with someone like Reindog, Velma, or Iron Giant (characters who also apply a lot of Debuffs), this Perk is even more useful, as the Cooldown reduction applies to the whole team rather than just the player who made contact with their attack.

Of course, MultiVersus is not just a simple game where three Perks “reign supreme” with no reason to use anything else. Players will want to adjust their Perk choices to counter the enemy characters relatively often as well as stack Perks with their Allies and so on.

For example, against someone like Steven Universe or Tom and Jerry, two characters that can easily reflect projectiles, Batman players are going to want to spec into melee-focused Perks more, like Lumpy Space Punch, as their Batarangs won’t be as useful.

Here are some options in each category (Offensive, Defense, Utility) that players tend to also run depending on the situation:

Offense: That’s Flammable Doc – Best against heavier opponents that need high damage to Ringout like Iron Giant (though this isn’t usually a tournament matchup). Offense: Make It Rain, Dog – Great when on a team with a Projectile Character. Offense: Ice To Beat You – Useful against opponents who seem to be great at evading, as the Freeze stacks affect their Dodges too. Offense: Lumpy Space Punch – For a more damage-centric playstyle that isn’t as focused on the Batarang. Defense: School Me Once – Used when going up against heavy projectile characters like Velma or Tom and Jerry. Utility: Triple Jump – Just always useful, especially when an ally is also running it.

FIFA 22 Modifies The Behavior Of The Ball In A New...