Home Entertainment MultiVersus: The 10 Best Characters to Appear in the Game, according to... 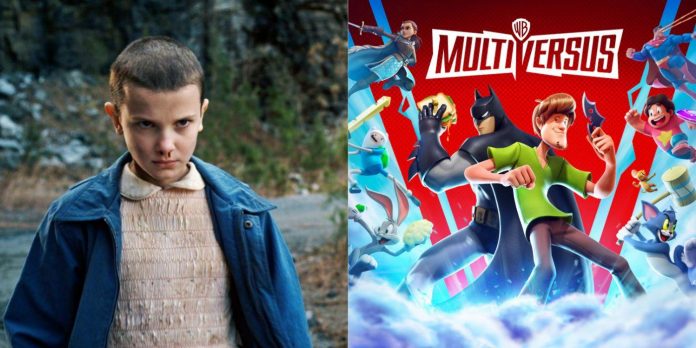 MultiVersus has only been out for over a week, but it’s already gained millions of players ready to play as their favorite characters from Warner Bros. What most people are excited about are the potential new characters to be added to the hit game.

Thanks to a recent leak, gamers were able to see a list of roughly 30 new characters that may be added to the game in the future. And while none of these characters have been officially confirmed to be joining the cast of MultiVersus, there are lots of great characters that fans can hope to see down the line.

With both Shaggy and Velma already in the game at launch, it comes as no surprise that Scooby-Doo is among the leaked characters.

Scooby-Doo’s addition to MultiVersus would be a welcome sight for Scooby fans, and the character himself will certainly have some sort of synergy bonuses when teamed up with Shaggy given how close the two are in the franchise. And while Scooby’s power is certainly not on par with Shaggy’s cosmic superpowers, everyone’s favorite talking dog will surely be a fine addition to the game and will be able to smash with the rest of the characters.

Given how much he hates Bugs Bunny getting the spotlight more than him, Daffy Duck is a shoo-in to be added to MultiVersus. Of course, he may not know exactly what he’s getting into.

Daffy is one of the best children’s cartoon characters of all time, and his rivalry/friendship with Bugs is legendary. Time and time again Daffy has tried and failed to one-up Bugs. Should he be officially added to the game, he would take his place alongside both him and Taz as Looney Tunes characters in the game, and he will finally be able to have a chance at beating up Bugs in combat. The price of this would be, of course, potentially getting beat up himself by other characters.

The Flintstones are some of the most famous and well-known cartoon characters of all time, and the main character, Fred Flintstone, is easily a recognizable character even from those that haven’t seen the cartoon.

With older cartoon characters like the Scooby gang, the Looney Tunes, and Tom and Jerry already in the game, it makes sense that Fred would be another addition to the game. He’s already more built for fighting than other characters, and his club can cause serious damage to the other fighters. And, as one of the most popular Cartoon Network character out there, Fred’s inclusion into the game would gather even more players into the world of MultiVersus.

The Joker is pure evil, and he’s done many horrible things to Batman over the years. However, just because he’s evil doesn’t mean that he can’t join the MultiVersus roster.

This wouldn’t be Joker’s first fighting game appearance, as he’s appeared in the Injustice series. Having him officially join the game would be an amazing treat for fans. He already knows how to fight, and has an array of weapons that he can use to stun or knock opponents out of the arena. The best part about Joker’s potential arrival to the game, however, would probably be imagining his in-game lines, particularly when he teams up with Batman in matches.

Though he’s one of the more “out there” leaked characters, Static is still an exciting sight to see as a potential character to be added.

Related: The 10 Best DC Comics Animated Shows, According To Ranker

Static is certainly an interesting choice of character to add to the roster, especially with more famous DC characters like Flash and Aquaman nowhere on this list. But Static is still a popular enough character, and the cartoon that ran years ago that focused on him is a hidden gem in the long line of DC cartoons. There’s no doubt that this shocking hero would be given a warm welcome by gamers should his inclusion in the game be confirmed.

While not as old as The Flintstones or Scooby-Doo, Ben 10 still has a large fanbase, which has surely made fans happy to see him among these leaks.

Ben 10 is an interesting character to consider how he would work in the game. Some characters already in MultiVersus, such as Jake, can change form, but with dozens of potential aliens to choose from, it may be difficult to decide which of Ben’s aliens will be part of his moveset. However, with his versatility to adapt to any situation with his watch, Ben is sure to be a tough character to beat should he be confirmed to be added to the game.

While people are seriously divided about the upcoming Lord of the Rings series from Amazon, they are not divided at all about the awesomeness of Legolas, making his appearance in MultiVersus something that fans can hopefully expect to see.

Legolas would certainly be an assassin-type character, with ranged attacks with his bow and close-up attacks with his blades. And his appearance could help more Lord of the Rings characters to join the game. Gandalf was already seen in the leaks, but should Legolas be added, it’s likely that the rest of the Fellowship will eventually make their way to the game as well. Fans can only hope that Legolas and Gimli’s friendship remains unchanged and offers many funny lines should they both be added to the roster.

Samurai Jack is one of the most skilled and most popular characters in Cartoon Network history. Having him appear in MultiVersus would be massive.

Related: The 10 Best Cartoon Network Shows, According To Ranker

Jack has spent years training to battle Aku, and with that training, he’s picked up lots of skills that could come into play. Given the popularity Jack has that helped lead to the show’s darker revival in 2017, he is a logical choice to be added to the roster of characters. As one of the older CN characters, he adds more nostalgia to the game for the older players while introducing him to younger characters and getting them started with his cartoon.

Stranger Things has taken the world by storm, and the release of its fourth season continued that trend. Given the show’s popularity, it doesn’t come as a surprise that Eleven would be a potential addition to the game.

Though there are some unpopular opinions about Eleven, she would be the logical choice to be added to a fighting game like MultiVersus. Her telekinetic abilities would put her to be more of a mage class character and could force opponents off the edge of the arenas relatively quickly. Not only would Eleven’s appearance in the game be a welcome sight to Stranger Things fans, but it would also open the door for more characters from the series to appear, such as Steve, Nancy, or Hopper.

Right from the launch trailer, MultiVersus showed that even giant characters like the Iron Giant had a place in the game. And these leaks prove that further with the reveal of Godzilla.

Godzilla’s most recent outing in films showed that he could take on both King Kong and Mechagodzilla. With his radioactive breath and massive crushing power, he would certainly be a massive tank class able to take on other tank class warriors like the Iron Giant with ease. Should Godzilla be added to the game as the leaks suggest, this could be a sign that even more classic monsters like King Kong or Ghidorah could later be added, leading to many massive monster battles to come.