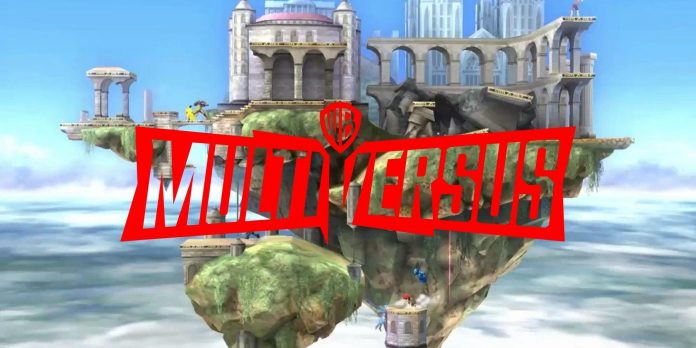 There are some great fighting games in the genre, such as the fan-favorite Super Smash Bros., which burst onto the scene in 1999. Other crossover fighting games have tried to knock the series published by Nintendo off its pedestal with similar formats over the years, but with varying success. Now Player First Games and Warner Bros. Interactive Entertainment is stepping in with MultiVersus, a free fighting game featuring a variety of characters from franchises owned by Warner Bros. Discovery.

Due to its free nature, MultiVersus will periodically release seasons of new content with character skins, emotions and challenges for players. Although Player First Games has not provided enough information about what new content may appear in MultiVersus in the future, the game is only in the open beta stage, so more detailed information will undoubtedly be published in the coming months. There are already a few things players would like to see, from a wider range of characters to more scenes inspired by some of the best in the Super Smash Bros. series.

So far, players seem to have been happy with how the MultiVersus open beta is going, and characters like Batman, Harley Quinn, and Finn the Man are becoming popular choices. Of course, it’s still early, and it will be interesting to see what new content will appear after the launch of the first season. Inevitably, there will be several stages that will appear in Multiverse as new seasons and characters are released, but there are a few that players have already started to encounter.

In accordance with the characters currently on the Multiverse list, the game has several thematic stages that players can recognize by their respective properties, or they can serve as a cool reinterpretation of areas from familiar TV series and IP addresses. With levels like Batman’s Bat Cave, a haunted Mansion seemingly taken straight from a Scooby-Doo cartoon, and a Tree Fort from Adventure Time, there are plenty of aesthetically diverse areas in which players can fight. Of these, they may well correspond to the stage of the Temple of Hirula.

Why do we need a temple-inspired scene

Although more stages are likely to be added during the seasons, and additions or upgrades may be made to existing arenas, most of them are pretty simple at the moment. The Haunted Mansion has sections that move throughout the matches, and other stages have their quirks, but Multiverse needs the Hyrule Temple equivalent. This Smash Bros. scene Melee was big, eclipsing most of the other combat areas on offer and giving different characters complete freedom of action, instead of trying to navigate in a tight space.

It was a stage that wasn’t overloaded with tricks or moving pieces—players just had to face each other and use their own skills to defeat their opponents, instead of relying on fast-changing scenery or random events. But Hyrule Temple was by no means boring. It still had its own unique design, as well as many different areas and elevations that players could skillfully use to their advantage. Gamers could get creative or use different areas of the scene to hide and plan their attacks. There are already several interesting stages in MultiVersus, and players will be curious what else the developer will present on the table, except for a stage similar to Super Smash Bros. The Khairul Temple would be a great addition.

Stargirl: Season 2 Will Be Darker And Deeper