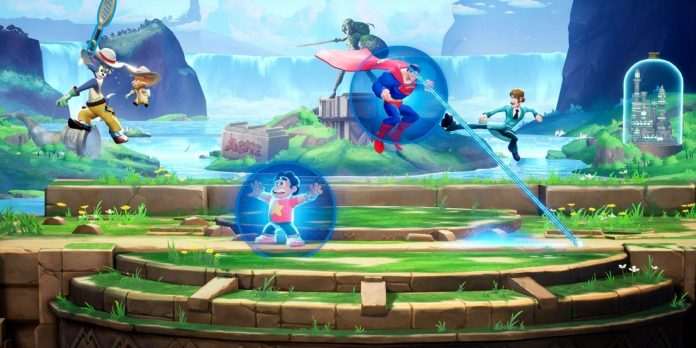 Over the years, various crossover fighting games have tried to battle Super Smash Bros. with varying degrees of success. However, few have achieved the same success as the recently released Multiverse, a free fighting game featuring characters such as Shaggy from Scooby-Doo, Batman, Arya Stark from Game of Thrones, Bugs Bunny, Finn and Jake. from “Adventure Time” and many others.

MultiVersus has been a hit since the launch of the open beta, which was attended by 10 million players. Now that MultiVersus Season 1 is launched, the game has passed another impressive milestone. As announced by Warner Bros. Interactive, MultiVersus has exceeded the mark of 20 million players. It seems that the popularity of MultiVersus is only growing over time, and as long as it can maintain this momentum, it seems that Warner Bros. Interactive has a big free-to-play hit in its hands.

As with any other free—to-play live service game, the main way MultiVersus will retain players in the long run is by adding new content. Fortunately, season 1 of MultiVersus should have a lot of new content that fans will be able to sink their teeth into by the time it ends on November 15th. new game modes.

As previously announced, Morty Smith from Rick and Morty is being added to the Multiverse list on August 23. Rick Sanchez from the same franchise will also appear in Multiverse in the first season, although a specific release date has not been announced at the time of this writing. Fans can also expect the addition of Black Adam from DC Comics, as well as a Strip from Gremlins. Meanwhile, the new game modes are classic arcade and rank mode, for which there are currently no exact release dates.

While it’s all new MultiVersus content that has been officially confirmed so far, the leaks have given fans a good idea of what to expect from future updates. If the leaks are true, it seems that MultiVersus fans can look forward to characters like Beetlejuice and the Wicked Witch of the West, as well as characters from the Matrix franchise. These characters have not yet been confirmed, but data collection efforts have shown that they are indeed planned for the game.

There are a lot of characters that could be a great addition to the Multiverse list, but what is there now should keep the fans busy.