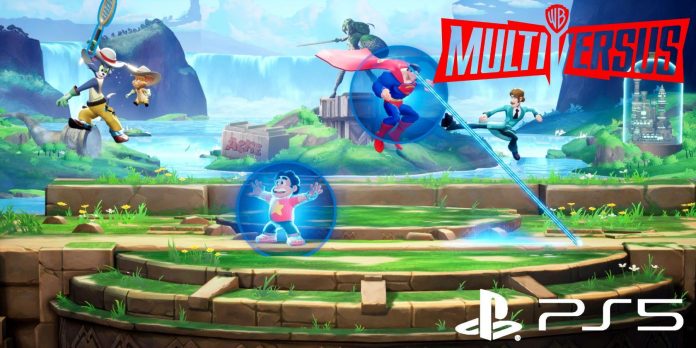 Platform fighting games have become one of the most popular subgenres in the fighting game community in recent years. The success of franchises like Super Smash Bros. has led many other developers and brands to join the fighting game craze, and games like Nickelodeon All-Stars Brawl and Brawlhalla have been successful. Among the many MultiVersus platform action movies from Warner Bros. Games has gained popularity due to the inclusion of many iconic Warner Bros. characters, such as Bugs Bunny, the Iron Giant and Shaggy. Now, early reports show that the game boasts exceptionally low input latency.

Input latency is an important factor that fighting game fans often have to learn in order to succeed in the game. The importance of time input and the input delay of each game have made a major contribution to the popularity of network rollback code among gamers. Since MultiVersus positions itself as a competitive fighting game, fans were pleased to hear that the game will support a server-side network rollback code after its launch. Now, players participating in the open beta version of the game are reporting that MultiVersus has a lower input latency on the PS5 than its competitors.

After MultiVersus launched an open beta last week, fans got their first impressions, and some claim that the game has a big advantage over competitors. It is reported that the PS5 version has an input delay of just over 31 milliseconds, and the time corresponds to about a two-frame delay. The difference is especially noticeable compared to other fighting games on Unreal Engine 4, such as Mortal Kombat 11 and Street Fighter 5, which usually have a lag of four to six frames.

A significantly shorter MultiVersus input delay will be a big plus for players who want to enter a competitive game early. Warner Bros. Games and developer Player First have already confirmed the upcoming balance changes of strong characters such as Bugs Bunny, as well as future planned features such as replays. The Multiverse staff even hinted at future characters, and the game director reportedly lobbied for the addition of Mordecai and Rigby from the Regular Show to the game.

Less than a week after the launch of the open beta, MultiVersus has already achieved a huge success for Warner Bros. Games. The launch of the fighter platformer saw over 100,000 simultaneous players on Steam, which is enough for 7th place in 24 hours after its launch. The debut of MultiVersus even surpassed other hugely successful debuts of the publisher’s popular franchises, such as Batman and Mortal Kombat. The early popularity of Multiverse bodes well for its success as a game, and its low input latency on the PS5 should reportedly be a good sign for its competitive future.

MultiVersus is available in open beta for PC, PS4, PS5, Xbox One and Xbox Series X/S.

Chrono Cross Remaster Is Real And Coming In April For Switch!