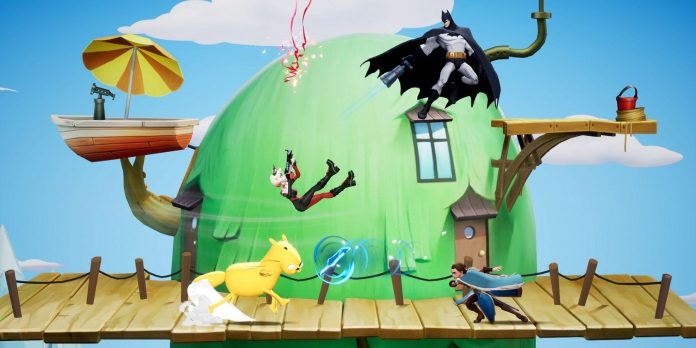 MultiVersus quickly gained notoriety when it became clear that Warner Bros. Games is serious about creating a Smash competitor that won’t be limited to Nintendo devices. The open beta version of the game with beloved and well-known characters from such intellectual games as DC, Scooby-Doo, Tom & Jerry and Looney Tunes has already received high praise and a significant boost.

Being a new and affordable free game that is surprisingly easy to modify, MultiVersus soon became a real melting pot for the young community of modders. Warner Bros. Games, however, is challenging the work with its recent announcement, which explicitly states that it will strike DMCA blows against videos and other media showing modified MultiVersus gameplay.

It should be noted right away that the vast majority of existing MultiVersus mods do not affect the game balance. In a recent interview with VG24/7, modders talked about this and explained that the community is engaged in replacing character assets and other visual changes, which means, for example, that the upcoming MultiVersus nerfs cannot be canceled. A modder named Ghost explained that they’re not necessarily surprised by WB’s attitude to the situation, but they’re certainly upset with how they’re handling it.

Apparently, all the well-known MultiVersus mods are aimed at changing the character model or replacing it with a completely different, custom character model. These changes do not actually contain any hitbox changes, which means that mods are completely local and should not affect the gameplay in any way. Although MultiVersus already has a rich list of characters, it’s not surprising that modders like Ghost are using the opportunity to create completely new custom models for players to download.

In fact, modders could bring to life the creations of the community, such as Bun_Boi’s MultiVersus Raindog custom skins. However, it doesn’t really seem impossible that Warner Bros. can do everything possible to prevent the community as a whole from interacting with mods in the future. Anyway, the situation is mostly unresolved, and neither modders nor players know what to expect from the developer on this front.

Unfortunately, this probably means that a fan-made set of Saul Goodman character moves for MultiVersus will never be created. Naturally, whether the WB will eventually apply DMCA sanctions in the future or not will not necessarily affect modders, since the client cannot easily detect character skins. The problem, on the contrary, lies in the developer’s ability to immediately reduce the modder community, since removing it from the spotlight can reduce the community’s interest in modding and, consequently, hinder the growth of this niche.