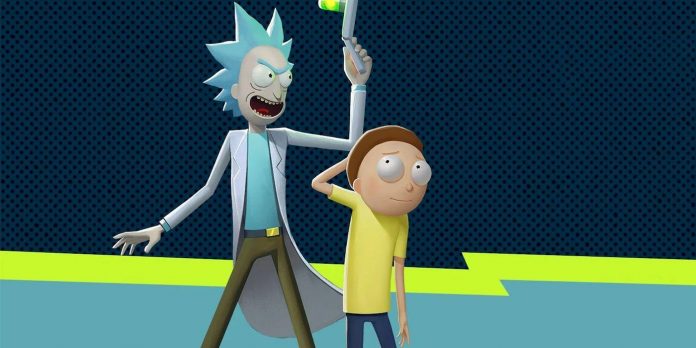 Crossover fighting game MultiVersus from Warner Bros. postponed its first season and the addition of Morty Smith from Rick and Morty indefinitely. The platform action movie, which recently launched on July 26, boasts an extensive cast of characters, from Batman to Bugs Bunny and LeBron James. Last month, MultiVersus announced Rick and Morty as two future fighters, but unfortunately their introduction was postponed.

MultiVersus takes its colorful list from various Warner Bros. resources, such as DC Comics, Steven Universe, Game of Thrones and others. This means that players can bring their wildest fighting fantasies to life by organizing intense fights between Superman and the Iron Giant, Wonder Woman and Arya Stark or other pop culture icons. Rick Sanchez and Morty Smith will appear as future additions to the Multiverse lineup, and the mad scientist and his partner-grandson will undoubtedly bring a whole arsenal of cartoon sci-fi weapons to the battlefield. Previously, the developer of Player First Games set August 9 as the beginning of the first season of the game and the release date of Morty in MultiVersus, but now this date has been postponed.

Many thanks to everyone who plays MultiVersus. It’s nice to see so many players enjoying the game, and the launch of the open beta is just the beginning. (1/3)

We’ll let you know the time as soon as we can. We appreciate your patience and enthusiasm and look forward to the opening of the first season soon! (3/3)

The introduction of Morty Smith has unfortunately been postponed, and it is rumored that MultiVersus has also removed Tolkien’s character Gandalf due to legal issues related to Tolkien’s Estate. The iconic grey wizard is well known for his roles in The Hobbit and The Lord of the Rings, J.R.R. Tolkien’s beloved fantasy novels, which were adapted into major Hollywood blockbusters by director Peter Jackson. Although leaked files suggest that Gandalf will appear in Multiverse, and Warner Bros. owns the rights to the film adaptation of LOTR, all references to the powerful figure of Middle-earth have since been removed from the game.

MultiVersus had a very successful software launch, but the game’s promise of constant real-time updates depends on a hasty start to the first season. Unfortunately, this first phase of the crossover fighting game has been postponed, so Rick and Morty fans will have to wait. before they can play for Morty Smith or his grandfather Rick Sanchez. The first season has been postponed indefinitely, but we hope that the crossover title will soon go to new worlds.

10 mistakes that Everyone makes when playing Diablo Immortal

The Good Doctor Season 5: ABC confirmed that this character returns...