Home Entertainment Multiverse: The best 1-on-1 (and 2-on-2) characters to use 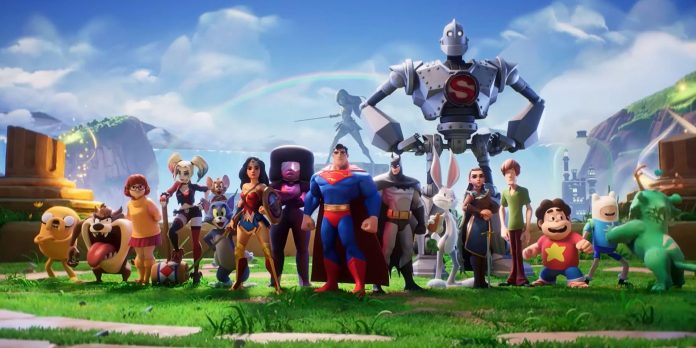 WB Games’ new platform brawler MultiVersus features a total of 17 playable characters from a wide range of Warner Bros media franchises, with some excelling at 1v1 battles and others working best as part of a team. Most importantly for new players, many of MultiVersus’ characters have to be unlocked, either using Gold Coins earned through gameplay and completing challenges, or via the game’s premium currency Gleamium. For players who aren’t eager to spend money, choosing the game’s strongest and most well-rounded characters as their first picks is crucial, as some characters such as Steven Universe are underperforming in the current MultiVersus meta, including in both 1v1 and 2v2 battles.

MultiVersus has a total of 17 characters for players to choose from, all of which fall into five broad classes: Bruisers, Assassins, and Mages all excel at dealing damage in different ways, while Tank and Support characters fill much the same role as they do in other multiplayer games. Most of these characters are locked when the player first starts out, but by spending Gleamium, or Gold Coins earned from matches and challenges, more characters from the roster can be unlocked.

Related: How to Unlock all Characters in MultiVersus

Only time will tell if MultiVersus steals the platform fighter crown from Smash Bros, but until then, players can still dominate in the game’s 1v1 and 2v2 battles using the best characters for each mode in the current MultiVersus meta.

The Best Characters For MultiVersus 1v1

Batman and Taz the Tasmanian Devil are both Bruisers that excel at 1v1. Much like his counterparts in other media, MultiVersus’ incarnation of the Dark Knight comes well prepared for any situation, with a set of powerful, hard-hitting ground and aerial attacks complemented by useful tools such as the Batarang, Bat-Bomb and Smoke Bomb. These ensure that Batman not only hits hard but also has several options for long-range attacks that allow him to control the battlefield. At the hands of a skilled player, Batman can effectively deal damage while also acting as his own support character, with abilities such as Bat-Slide and Bat Grapple allowing him to quickly reposition or close distance with an enemy.

Taz has been dominating in MultiVersus matches despite some recent, much-demanded nerfs to the character. Taz’s powerful Taz-Nado Special Side Move allows Taz to repeatedly damage and stunlock an opponent. Taz also possesses a whole host of damage-dealing Special moves, including Chew em Up, Spit em Out which allows him to swallow enemies, chew them and then spit them out again for massive damage, as well as allowing him to gobble up incoming projectiles and spit them back out with You Spit What You Eat. All of this is complemented by Taz’s Bottomless Pit passive, which causes his attacks to deal the Tasty effect. Once fully stacked, Tasty inflicts the Cooked status effect, transforming an opponent into a roast chicken that Taz can repeatedly attack, shaving off bits of meat that can heal him. Despite the nerfs, Taz is still a nasty opponent to face in any 1v1 match.

Outside the Bruiser class, MultiVersus’ incarnation of Arya Stark from Game of Thrones is arguably the best pick from the Assassin class in 1v1. Arya moves and attacks quickly, with moves such as Knife-Thrower that break armor and does plenty of damage, as well as an iconic Face Stealer move that lets her steal an opponent’s face and send out a shockwave to stun enemies. Both her ground and air attacks give her incredible mobility, allowing her to charge forward to stab enemies with her sword, or dodge under an opponent’s strike and swiftly counterattack. This complements her Critical Hit passive, which causes her to do more damage when attacking an enemy from behind. However, she’s best in the hands of experienced players as Assassin characters do take additional damage from being hit.

Rounding out the best picks for 1v1 is MultiVersus’ Iron Giant character. As a Tank, the Iron Giant is an unconventional choice in 1v1, and as the biggest character in the game, he’s also much more prone to becoming an easy target. However, the Iron Giant can tank lots of damage thanks to moves such as Bolt Friends to build up damage-resistant armor and his sheer size and weight makes it difficult for a lone opponent to knock him off platforms. Damaging him builds up his Rage meter; when maxed out, the Iron Giant can enter Rage Mode, making him immune to knockback and altering his moves, and allowing him to do immense amounts of combo damage.

The Best Characters For MultiVersus 2v2

Many of the characters that do well in 1v1 also tend to do well in 2v2 matches. However, the addition of a teammate can allow the player to choose less conventional picks. 2v2 is also where MultiVersus Support characters such as Steven Universe and Velma really come into their own and when paired with a decent damage-dealer or tank, they can really prove their worth.

Velma from Scooby Doo is a popular pick for Support at the moment. While her melee and damage-dealing abilities aren’t anything special, Velma excels at providing buffs for her ally and debuffs for her opponents. Spread The Knowledge allows Velma to reduce or refresh the cooldown on her teammate’s abilities by tossing a book toward her enemies that buffs her team and damages her opponent. Similarly, Motivational Speaker lets her damage opponents with a beam attack while simultaneously healing her team. She can take hits for her teammates by collecting clues and even rescue allies from fights by running in, picking them up, and carrying them out using Fast Thinker. MultiVersus’ Velma is hard to pick up and play, but those who put in the time will likely be welcome in most 2v2 pairs they match up with.

Similarly, many Mage characters such as Bugs Bunny play extremely well when paired with a Bruiser or Tank. Mage characters attack from a distance with long-range attacks, making them less ideal for solo play but great for teams where a Bruiser or Tank can really draw an opponent’s ire away from them. Bugs is an excellent ranged attack fighter, pulling out an assortment of tricks from an Acme-branded box to attack opponents. Bugs can do some melee damage himself, but the best strategy for Bugs Bunny in MultiVersus focuses on his many projectile attacks. Bugs can throw pies using Pie Barrage, healing allies, damaging enemies, drop safes, and launch rockets. His Ain’t I a Charmer? move allows him to blow a kiss at enemies, stunning them. Essentially, Bugs is an excellent pick for players looking to disrupt the battlefield and sow chaos in their wake.

Tanks such as Superman and the Iron Giant are also great picks for 2v2. As mentioned above, the Iron Giant has a lot of survivability and can hit back hard when provoked, traits which are given a massive boost from the presence of a teammate of any class. MultiVersus’ Superman lives up to his name, tanking damage and hitting enemies from range with damage-dealing abilities such as Heat Vision and Ice Breath, which knocks enemies back and applies the Freeze effect.

Whether the player is engaging in 1v1 or 2v2 battles, even weaker characters can shine in the hands of skilled players. Making an unconventional choice and choosing a character who isn’t normally picked might just give the player the element of surprise.