Home Entertainment Multiple delays of the 2022 Games pave the Way for a Jam-filled... 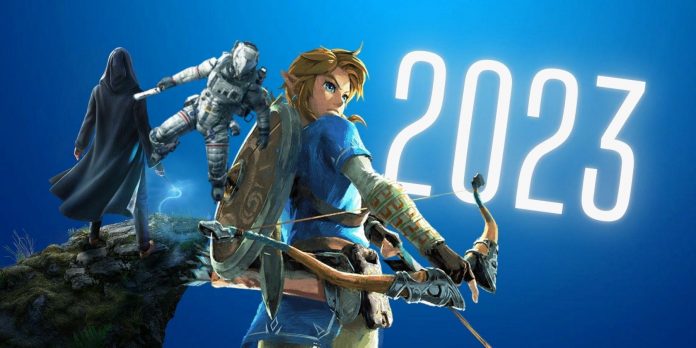 Video games are big business nowadays, evolving far ahead of the medium’s humble beginnings. Major modern releases can take years and millions of dollars to develop, resulting in lengthy production schedules and occasionally, necessary delays. Hogwarts Legacy is the latest delay in a growing list of tent pole video games that have been pushed out of 2022’s lineup into 2023, leaving the remaining months of the year even more barren.

This isn’t to say that 2022 doesn’t have a few more promising games still on the horizon, such as God of War Ragnarok and Bayonetta 3. However, compared to prior years 2022 does overall feel a bit more muted than some of the best in the industry’s history. The effects of the COVID-19 pandemic are definitely showing on this year’s offerings, with stilted developments and delayed productions. That being said, there is a silver lining to all of this, as 2023 now looks to be absolutely jam packed to the brim with stellar video game releases.

As mentioned before, Hogwarts Legacy is the latest high profile video game to be pushed into next year. Gameplay previews and trailers for the game have so far been very impressive, perfectly capturing the world of witchcraft and wizardry, making the delay that much harder to swallow. A true showcase for next-gen, the world is massive and graphically gorgeous, with a seemingly limitless pit of things to discover. Thankfully, it will be released early next year, scheduled for a launch in February 2023.

Ever since the launch of Batman: Arkham Knight in 2015, Rocksteady had been quiet on what its next project would be. That was until August 2020, when the studio officially revealed Suicide Squad: Kill The Justice League. Tackling an entirely different DC Comics property, with a stronger emphasis on multiplayer, the game looks ambitious to say the least, something which seems evident by the numerous delays, the latest of which pushing it into 2023. Fans are hoping that the number of years behind the game’s production will result in it being a solid experience.

Forspoken has been fighting an uphill battle for some time now. First shown off way back in Summer 2020 during the PS5 reveal event, the game has been delayed multiple times, the most recent of which setting it for a release in January 2023. While the game looks impressive, it hasn’t exactly had the warmest reception from players. The most recent Forspoken trailer was met with ridicule online, so hopefully these next few months can be used to iron out any kinks.

Arkane has become a big name in the first-person shooter landscape, first with the Dishonored series and now with the massive hit Deathloop. Next up for the studio is Redfall, a co-op open world shooter with a supernatural twist. First shown off at E3 2021, the game looked promising, but has needed extra time in development before being handed off to players. The most recent announcement has pushed the game into the second half of 2023.

Prince of Persia: The Sands of Time Remake

It’s almost ironic that a game all about controlling time can’t seem to get a grip on a solid timeframe to launch in. First shown off during Ubisoft’s 2020 Summer showcase, the remake of the beloved 2003 original was met with a mixed reception, with most of the criticism pointed towards the graphics. Originally slated for a January 2021 release, the title was delayed to make improvements. At first, this was just to March 2021, but then the date quickly moved into 2022. Most recently, the project has been pushed to 2023, with no specific launch window.

Speaking of upcoming Ubisoft projects, Avatar: Frontiers of Pandora aims to be an ambitious open world action RPG set in the same universe of the James Cameron film series. The team behind the game is responsible for The Division franchise, leading fans to become very excited by the possibilities of the studio being able to work on Avatar. First teased way back in 2017, the game would later be unveiled in 2021 for a launch in late 2022. Of course, sticking with the theme here, this has turned out to not be the case, with the project being delayed to an unspecified date next year.

Few upcoming games have garnered as much hype as Bethesda’s Starfield. Considering the company’s pedigree with sprawling open world RPGs like Fallout 3 and Skyrim, this makes sense. Aiming to be an endless space epic, allowing the player to travel to thousands of planets, interact with the worlds and explore treacherous landscapes has resulted in what sounds like an absolutely titanic sized undertaking. The game has been in development for quite some time, but it understandably looks like it will need just a bit longer, pushing its November 2022 release date into next year.

The Legend of Zelda: Breath of the Wild 2

Last but certainly not least is arguably Nintendo’s most anticipated upcoming exclusive. The first Breath of the Wild set the gaming world on fire in 2017 for its gameplay being a breath of fresh air, giving players to explore the huge open world with few limitations. The brief teases and trailers of the sequel seem to hint at more gameplay improvements, new magical powers and the possibility of a world above the clouds to traverse as well. Nintendo has assured fans that development is going smoothly, the game simply needs a bit more time, moving its launch into 2023, rounding out what looks to be an epic year for gaming.