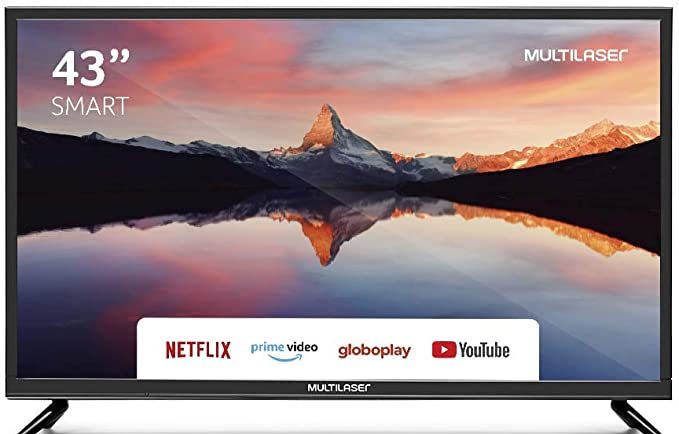 Multilaser announced its new smart TVs on Tuesday (7) at an affordable price. The products arrive at prices starting at R $ 1,099 and promise to be an interesting option for those who want to spend little with a new TV. With pre-installed streaming apps, such as YouTube, Netflix, Globoplay and Amazon Prime Video, the Brazilian manufacturer’s “smart screens” are 32 “or 43 inches and come with HD or Full HD resolutions.

It is important to note that the brand does not present its new products as actual TVs, but as “Smart Screens”. This is because not all models have a channel tuner, and you can only watch content via streaming or files saved on a thumb drive, for example. Either way, the user can choose between options with or without an external digital converter, which allows them to watch open TV channels.

The manufacturer also promises that the devices arrive with a high brightness rate, in addition to a contrast rate of 200 cd / m², which should mean good image quality. The DNR feature, cited by Multilaser, can also lead to a clearer display, since it reduces the graininess in the content being played. The models also promise good fluidity in the system with a quad-core processor, which should facilitate navigation through applications.

Regarding the interfaces, there are HDMI and AV inputs to connect consoles and other devices. In addition, TVs have a USB port, allowing the user to play videos, music or even photos directly on the screen via a thumb drive.

Altogether, there are two screen sizes – 32 “and 43” – and two versions: with or without digital converter. The simplest, HD and without tuner, costs R $ 1,099, while the option equipped with a converter appears for R $ 1,149. Among the options with larger display and Full HD resolution, the basic product costs R $ 1,649, while the full variant is priced at R $ 1,699. Televisions are available for purchase on the Multilaser website.

It is worth mentioning that, in the same price range as the more expensive version, it is possible to find even 4K TVs of older lines in the Brazilian market, either with the same 43 inches or even on larger screens. This is the case of the NU7100, from Samsung, which appears for R $ 1,559, and the P65US, from TCL, which can be found for the same R $ 1,699 in the 50 inch version – both cases according to Compare TechTudo .