Home Entertainment Multi Versus Beta Preview: The Fun of the Routine 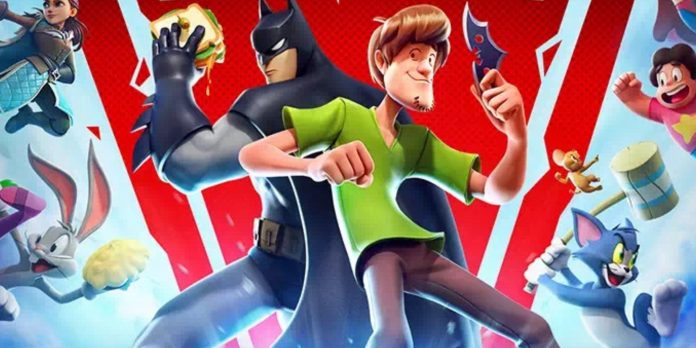 MultiVersus has finally moved into open beta testing, although it would be more correct to say that MultiVersus is launched gently. Into the crossover brawl of Warner Bros. it’s a lot of fun to play, even if the price of a free game is achieved at the expense of the player’s time and patience, and the promise of faster unlocking for real money is always in the air. At first glance, MultiVersus looks like one of the many Super Smash Bros. clones on the market, but it differs from the famous Nintendo game in a number of key points.

MultiVersus is a crossover game that uses a variety of characters from different Warner Bros. franchises, including Shaggy from Scooby-Doo, Batman, Steven Universe, Arya Stark, Iron Giant and Bugs Bunny. The most recent addition to MultiVersus is LeBron James in his incarnation of Space Jam 2 and will be joined by Rick and Morty in the future. This already provides a wide variety of character types, but the game also uses a free type system, with characters falling into categories such as Bruiser, Support, and Mage. This is due to the fact that Multiverse is focused on 2-on-2 battles, with different team lineups working better than others. 1-on-1 matches are available, but not all characters work well in this environment, as the game is based on team play.

In terms of gameplay, MultiVersus has the same basic concepts as the Super Smash Bros. series. The goal is to throw the enemy player to the edge of the screen, causing him to lose a life. The more damage the opponent receives, the more he will be thrown back. Input combinations in games like Street Fighter V are replaced by pressing one button and entering directions. One of the key differences between MultiVersus and Super Smash Bros. There is a lack of items, except for those that the characters can summon themselves, such as Shaggy with his sandwiches that can be thrown, or Harley Quinn gadgets. The ability to apply buffs and apply debuffs is an important part of the game, and all characters can suffer from “attack fading” if the player spams a move for too long, which makes it a bad idea to simply repeat moves.

Fighting in Multiverse is incredibly fun, especially with three other players. There is a great mix of character types and abilities, including support characters with boost/rescue abilities that add depth to the team dynamic. The controls in Multiverse are not as rigid as in other fighting games, and the characters seem very light, as if they are floating in the air, being magnetically attached to the scene, which takes a long time to get used to. MultiVersus has unlockable perks that give passive positive effects to characters, further adapting their abilities, although diehard fans of fighting games are likely to abandon this option in favor of more equal playing conditions. The list in the game is great, but the same cannot be said about the stages available in open beta testing, as they are mostly bland and useful. There were already some balance issues in MultiVersus, and the Pelvis was already weakened in MultiVersus, but this is a good sign that the developers quickly stepped in with a fix.

It is worth noting that MultiVersus is an online game in which there is no single–player content. You can fight bots, but even these fights must be online. People with a slow or unreliable Internet connection should not even download MultiVersus, as they will have an unpleasant experience. The lack of any offline single-player content is disappointing, but MultiVersus has a convenient and reliable selection of online game options that make it easy to get back into the action, play with friends, and have rematch matches with opponents, which is something that (surprisingly) some fighting games struggle to implement. This doesn’t mean that MultiVersus needs something like an arcade mode, but just being able to fight bots without having to be online will be appreciated, especially when you’re still learning the time for a new character.

MultiVersus is a free game where multiple characters are unlocked for free at the beginning of the game. To unlock more characters, the player needs to spend gold (usually around 2000 or 3000) on each character. Gold is an in—game currency that can be won by playing matches and completing daily/seasonal tasks. The gold obtained in battles is worth a penny, and it will take hours of play to unlock at least one character. The missions cost a little more, but some of them can only be obtained by certain characters/character types, which further encourages the player to unlock the list as quickly as possible.