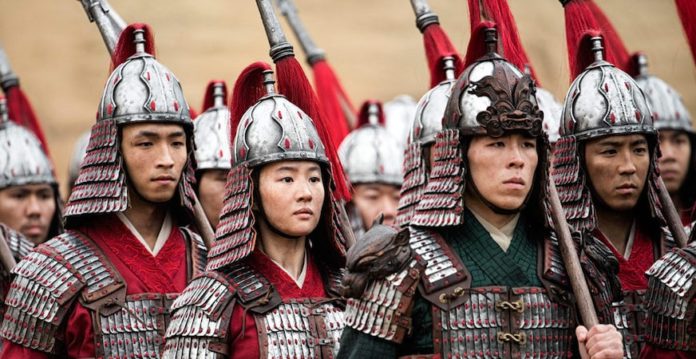 Mulan’s live action will soon be released in theaters! But two cult cartoon scenes are not present in the film! Mulan will be released at the cinema on March 25. But the live-action will be very different from the original cartoon.

Mulan is a Walt-Disney classic . Fans adore him for his colorful characters, but also for his music. And if they wait impatiently for the film, some may be disappointed.

We already knew that the characters of Mushu and Li Shang were going to be totally absent from the film. The producer Jason Reed confided to Collider on the choice of the absence of the lover of Mulan : “I especially think that in times of #MeToo, having a commander who is also the love interest was very uncomfortable and we thought it was not appropriate . ”

Another disappointment? The absence of songs ! We will therefore not find “like a man” or “a beautiful girl to love”. A Disney without a song, that could be sad! Hopefully the fans are still there!

CHANGES IN MULAN
But that’s not all ! Two important scenes from the cartoon have been removed! Indeed, we will not find in live-action the moment when Mulan cuts his hair. Strange! But the explanation is very simple!

Jason Reed gave the reasons for his absence : “ The Chinese warriors had long hair. If she cuts her hair, she looks even more like a woman in reality. Since we are making the film live-action and want to launch it on the world market, we thought it would be more culturally correct. »Interesting!

The other deleted scene: the one where Mulan climbs to retrieve an arrow. Indeed, this action takes place during the song “like a man”. And as the music is not present in the film, this scene had to be cut! Pity ! We will miss Mushu and the music! But we will still find Mulan at the cinema next March 25. And we can’t wait!

Gervonta Davis says Ryan García has a better chance against the...