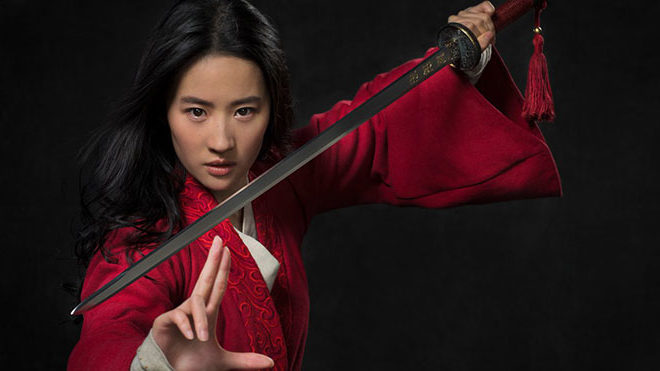 In a few months, Disney fans will be able to see Mulan, the new live-action. New posters reveal the characters.

After The Lion King or Aladdin, Disney has chosen to make a new live-action: Mulan . The production has unveiled new posters for the next film.

A few months ago, Disney fans got to see The Lion King and Aladdin at the movies. The two live-actions were eagerly awaited and were a great success. So, the company chose to make a remake of other flagship cartoons. On March 25, spectators will be able to rediscover the history of Mulan at the cinema. Besides, we are starting to know a little more about this next film.

Check out the new character artwork for Disney’s #Mulan. See it in theaters March 27! (1/2) pic.twitter.com/NeveFVDpp4

Mulan will arrive at the cinema and the Chinese warrior will have to protect her country from the invasion of the Huns. For this, she will pretend to be Hua Jun, a soldier and she will have to learn all the fighting techniques. In addition, the young woman will have to hide her true identity for fear of being deported. It is Liu Yifei who will put himself in the shoes of this character. However, the actress will be accompanied by other actors.

MULAN: THE CHARACTERS IN THE FILM REVEAL THEMSELVES

Check out the new character artwork for Disney’s #Mulan. See it in theaters March 27! (2/2) pic.twitter.com/4ywLmvih9t

As we know, live-action may be different from the Disney cartoon. And for good reason, Mushu, the little dragon will not be present in the next film. However, fans will discover other characters. Besides, the production dropped the posters of the characters of Mulan and we can discover the whole cast. Thus, there will be Donnie Yen in the shoes of Commander Tung. He should train the young woman to defeat the Huns. Then Gong Li goes to play Xian Liang, a witch.

On the side of the bad guys, the live-action will put forward Jason Scott Lee in the role of Bori Khan. The latter will show himself as a formidable warrior and he should replace the character of Shan Yu, from the cartoon. Then, Jet Li will play the emperor of China and he will be in danger during the film. Mulan will aim to protect him from the invaders. Finally, Yoson An will play Cheng. So, with the cast revealed, we can realize that the live-action will remain faithful to the cartoon. Only the witch will be new and we will have to wait to learn more about this character.