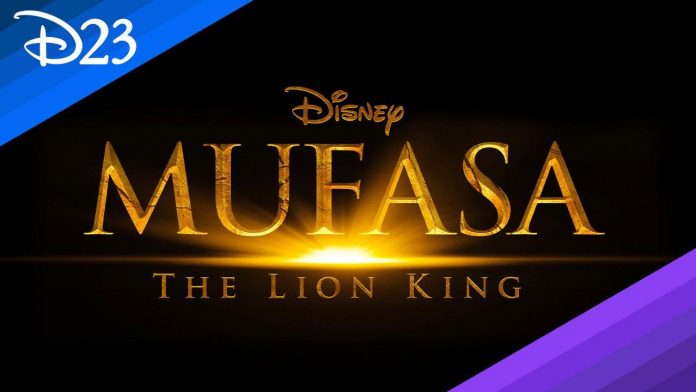 The upcoming film, which is a prequel to the 2019 film adaptation of The Lion King, will be directed by Barry Jenkins and will tell the story of how Simba’s father, Mufasa, grew out of humble beginnings and became the ruler of all the Pride Lands.

“I had to make this movie,” Jenkins said. “Because when I was 14, I was raising two nephews, and there was a videotape that we watched about 95 times in two days. I was thinking about Mufasa and how he becomes great… I’m not the king, I’m not the king. the king… Mufasa is great because he has family and friends.”

Jenkins is perhaps best known as the screenwriter and director of the 2016 Oscar-winning film “Moonlight” starring Trevante Rhodes, Janelle Monae and Mahershala Ali. Most recently, he directed the 2018 romantic drama “If Beale Street Could Talk” starring KiKi Lane, Stefan James and Regina King.

Along with the announcement, a new trailer was shown at Disney D23, which gave us an idea of what to expect from the Lion King prequel.

And it shows the return of some fan favorites.

The trailer begins in Pride Rock with Rafiki’s voice acting and a torn melody from the famous soundtrack to the movie “The Lion King”. Flying over the Pride Lands, we see the baby Mufasa caught by the flood and washed away by water… so it looks like this orphaned cub will be forced to travel alone through this harsh world.

Unfortunately, it looks like he will do it without the help of our beloved meerkat and warthog.

“I don’t feel like I’m being noticed,” says Timon, who seems to be very angry that he’s not in the film.

Good Girls: Series Canceled by NBC During Its 4th Season