Home Science How Much Risk Do Public Transport Vehicles Have for the Corona Virus... 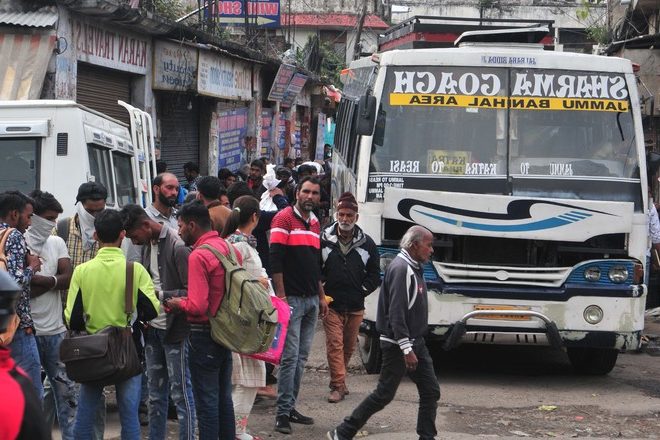 One step of the fight against the Corona virus is also the precautions taken. However, in order to take precautions, we have to know and evaluate the risks. So how much does public transport affect the spread of the virus outbreak, what are the risks?

Corona virus continues to work almost worldwide. Scientists say that the corona virus is transmitted through the airways and by touching the surfaces of the viruses, based on the spread of similar viruses.

Since corona virus doesn’t hang in the air like flu virus, close contact with people is required for its transmission. For this reason, areas where people are crowded, such as public transportation, pose a great risk.

Public transportation vehicles such as buses, subways and trains pose an important risk area according to crowded situations. In crowded public transport, people seem to be more likely to be infected by an infected person because they are in close contact with each other.

Previous research has pointed to the connection of crowded public transport vehicles, such as subways, to catching flu-like respiratory diseases. However, there is no study that provides direct evidence.

To reduce the risk of corona virus when using public transport, experts warn that there is no close contact with people who are thought to be infected, and that public transport should be used during relatively fewer hours of use.

Another topic of discussion is public transport, aircraft. People think the risk of transmitting viruses is higher because the air in the airplanes is “stale” air. However, the ventilation system in airplanes keeps the air cleaner than trains, buses and even offices.

Although the number of people per square meter is much higher than other vehicles, the ventilation systems of the planes completely replace the air inside the plane every 2-3 minutes. The ventilation system of the offices can change all the air between 10 and 12 minutes.

There is also no high probability of virus infection from the surfaces found on airplanes. In a study conducted in 2018, it was found that the condition of the surface of 10 international planes was similar to a normal living room.

Of course, none of these studies are about the corona virus. The ways of transmission of the Corona virus can lead to different consequences. However, it can be seen with certainty that public transportation poses a significant risk during the ongoing virus epidemic.

The asteroid that kills dinosaurs sheds light on life on Earth