Home Celebrity How much money would Melania receive if she divorced Donald Trump? 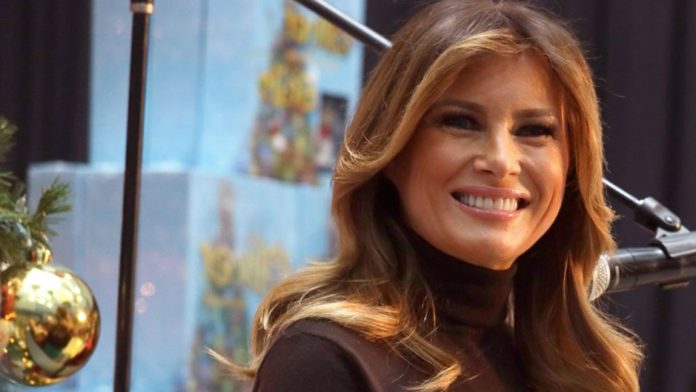 How much money would Melania receive if she divorced Donald Trump? The money she would receive would probably not be enough to maintain her current lifestyle.

Although nothing has been confirmed yet, it has been speculated on several occasions that Melania Trump would be seeking to divorce the current president of the United States.

Due to these rumors, Town & Country magazine asked for the opinion of several lawyers to calculate how much money the First Lady could receive if her marriage to the president ended.

Given this issue, Jacqueline Newman, a partner at the law firm Berkman, Bottger, Newman & Rodd, estimated that Melania would receive approximately more than $ 50 million.

Although $ 50 million is a lot of money, in New York City I could not maintain the lifestyle she leads now, Newman said.

Remember that when Trump divorced his first wife, Ivana Trump, she received $ 14 million, in addition to an apartment in New York and a mansion in Connecticut. Lvana also received $ 650,000 in alimony and child support while her children grew up.

New terms
It should be noted that the prenuptial agreement between Melania and Trump may have been renegotiated after Trump assumed the presidency. Thomas Kretchmar, a partner at the Chemtob law firm, Moss & Forman, said it is very likely that the First Lady has made a post-nuptial agreement with the help of her lawyers.

“Sometimes, postnuptials are used as a provisional remedy for a possible divorce. Other times they really are just a revision or refinement of existing rights in light of a change in the circumstances of the spouses, ”said Kretchmar.

On the other hand, the truth is that there is also a good chance that this divorce will never happen. At least that’s how Kate Bennett, the author of the book ‘Free Melania’ says, says that the First Lady is very religious, and that is why she would avoid separating from her husband. In addition, we must bear in mind that the couple is already 20 years old together, so it seems that they have become accustomed to being with each other.