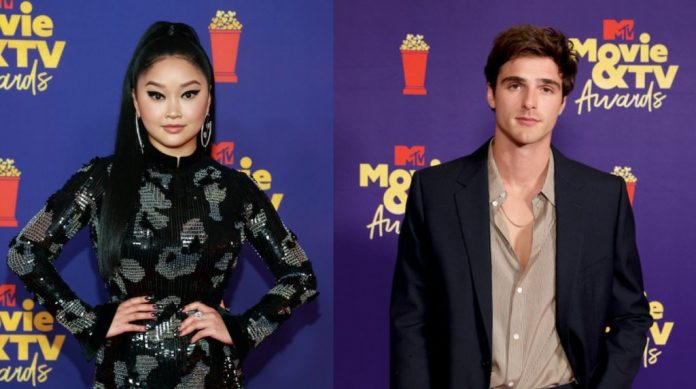 MTV Movie & TV Awards 2021 were held, 0n May 16, the award ceremony that celebrates the most important moments in cinema and television, as well as the best actors, series and films. One of the most anticipated and special guests of the night was Jacob Elordi, who has conquered the youth audience for the past few years in his roles as Nate Jacobs and Noah Flynn.

We tell you which movies, series and actors were honored at the MTV Movie & TV Awards 2021!

Lana Condor also attended the MTV event, as the film adaptation of Beth Reekles’ novel won the ‘Best Picture’ category. For their part, Addison Rae and her co-star, Tanner Buchanan, starred in an intense kiss on stage that gave a lot to talk about.

Sierra Capri left fans jaw-dropping after sporting a two-piece outfit in off-white plaid. For her part, Yara Shahidi starred in the most emotional moment of the night by giving a speech after presenting the award for Best Performance in a Movie, which went to Chadwick Boseman, who died last August 2020.

“It is a great honor for me to accept this award on behalf of Chadwick Boseman. I know I speak for myself, for his legions of fans, and for the communities he so beautifully represented when I say that we are honored to celebrate his art today and every day. His impact is eternal and we are eternally grateful for the ways his presence and his art have changed the world. We love you and we miss you, ”said the actress.

Did you miss the awards? We leave you the complete list of winners of the MTV Movie & TV Awards 2021

Best Borat Film Next Documentary Film Judas and the Black Messiah Promising Young Woman Soul To All the Boys: Always and Forever – WINNER

Before I Forget, Analysis. The breath Of A Lifetime