Home Tech MSI releases for the gaming world: The most powerful technology for gaming... 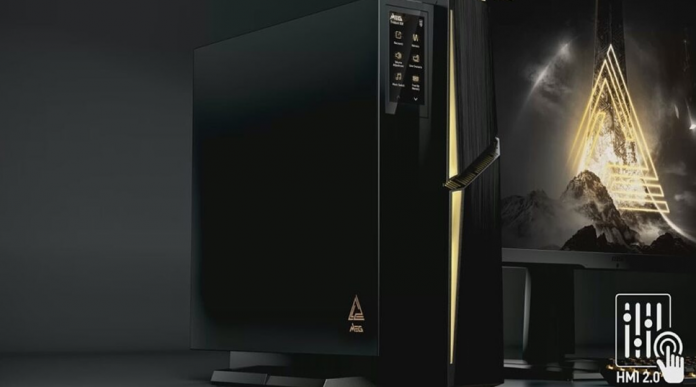 MSI has introduced desktop gaming computers compatible with the latest Intel and NVIDIA hardware. Also introduced is a new monitor that will ensure the full performance of these desktops.

MSI, one of the most popular manufacturers of gaming computers and equipment in the world, held an event today. At this event, the company presented brand new gaming computers equipped with Intel 13th generation processors and NVIDIA’s GeForce RTX 4000 series graphics cards. The company also introduced new Intel-compatible motherboards and a gaming monitor. Let’s get to know the new MSI products together.

MSI has made the MEG Trident X2 and MPG Infinite X2 models much more powerful by updating them. In context; desktops now come with new motherboards. And, of course, the power supplies have also been improved. By combining all this with a gaming monitor, MSI has created products that will delight gamers for years to come.

MEG Trident X2, the new MSI gaming desktop computer with high-tech features, has received a touch screen with an updated design. This touch screen allows you to view system characteristics and statistics with just a few taps. In addition, the company has also updated the interior design of this desktop PC. Equipped with a more powerful power supply for Intel 13th generation processors and NVIDIA GeForce RTX 4000, the case has a special liquid cooling system called Silent Storm Cooling 3. This cooling system separately cools the main parts (such as the processor, RAM and video card) that cause the case to heat up. A 280 mm cooling fan is also installed in the case.

MPG Infinite X2, which is a customizable version of the MSI MEG Trident X2, is ideal for players who want to look inside the case. The most interesting feature of this case is that there is no need for screwdriver equipment to install new parts or remove existing parts. Players will be able to design this safe using only their hands. The case with a cooling technology called Silent Storm Cooling uses a 240 mm radiator fan. Gamers will be able to purchase both MEG Trident X2 and MPG Infinite X2 with processor options up to Intel Core i9-13900K.

Other desktop computers repaired by MSI

Although the main desktop gaming computers at the MSI-hosted event were the MEG Trident X2 and MPG Infinite X2, the company’s other desktops were also updated. In this context, the MPG Trident RS, MPG Trident 3, MEG Aegis TI5 and Codex series models have also been redesigned for Intel 13th generation processors and NVIDIA RTX 4000 series graphics cards.

The new MSI monsters will run on the Z790 motherboard!

The MSI monitor, which can be used with brand new hardware, appeared as a 34-inch MEG 34DC QD-OLED. Offering a resolution of 3440 x 1440 pixels (UWQHD), the monitor covers 99.3 percent of the DCI-P3 color space. A monitor with a brightness value of 1000 nits promises a delay of 0.1 ms, and the stated refresh rate of 175 Hz seems to offer players a unique experience.

Prices for new MSI products have not been announced. However, these products have also started to be hosted on the MSI website in Turkey. From this we can conclude that in the near future it will be possible to purchase completely new products in our country.

Claim: Apple to Launch 4 iPhone with 5G Support and OLED...