Home Tech MSI Is Waiting Until Next Year to Announce Its 7900 XTX and... 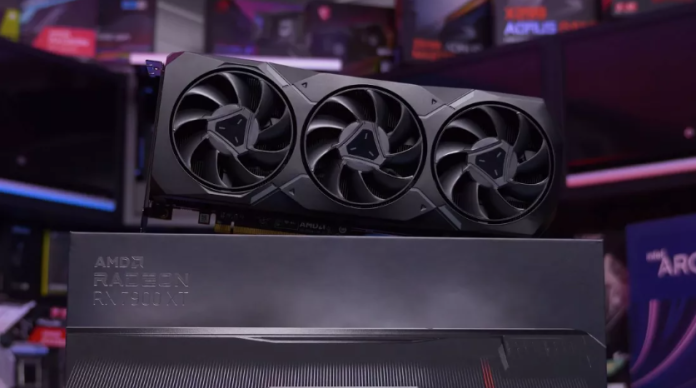 Summary: AMD released the Radeon RX 7900 XTX and RX 7900 XT last Tuesday, and all of their regular board partners participated except one. MSI was conspicuously absent and almost completely ignored the new generation, prompting fans to ask when the company plans to release its own designs for GPUs.

MSI has almost not recognized two new AMD GPUs, despite the fact that they have been on the calendar for more than a month. His website has not been updated yet and continues to proudly advertise the 6950 XT. MSI’s only comment about the new generation is a retweet of an AMD commercial with the caption that GPUs will be available soon.

When the rumors started spreading last week, Andreas Schilling from HardwareLuxx.de shared his understanding that MSI is waiting until next year to introduce its custom cards. He says that MSI has decided not to use any AMD reference designs in this generation, including the standard reference design that AMD recommends all its board partners resell with logos applied on the side. In the past, MSI has sold similar reference designs.

It’s strange that MSI is so far behind. It is often one of the first companies to share photos of their prototypes. In our testing, the reference models for the 7900 XTX and 7900 XT looked pretty good — the first reached a peak of 80c, and the second reached 76c during an hour of intense gaming, while the fans remained below 2000 rpm, and clock speeds and volume were kept at a reasonable level.

Reports MSI will not have any Radeon RX 7900 XT(X) cards are not true. MSI is skipping MBA (Made by AMD) designs and will present custom designs in Q1 2023.

Perhaps MSI was wary of investing in a couple of products that it knew AMD had overestimated. Nevertheless, despite the negative reaction that the launch caused in the press and in the community, the GPUs caused enough noise to disappear from store shelves. It looks like MSI has potentially lost a significant portion of holiday sales due to idleness.

Nintendo Switch Games With Discounts To Celebrate The TGA at Nuuvem