Home Entertainment Ms. Marvel has apparently given up on her visual flair 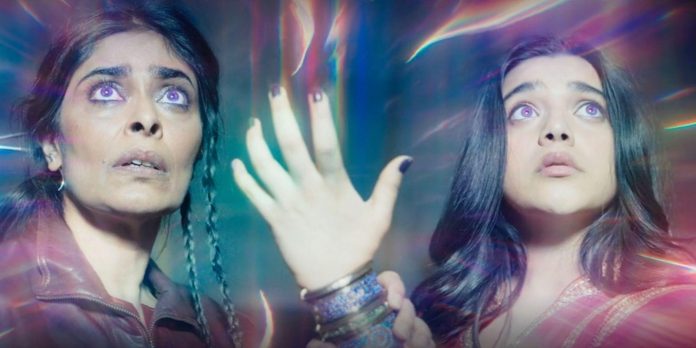 Just a week before the finale, “Miss Marvel” seems to have forgotten one thing that really set it apart from the MCU’s vast but repetitive catalog: that gorgeous comic-book-inspired graphics that fit so well into Kamala Khan’s teenage life. With that in mind, what’s left is perhaps Marvel’s most niche product, which has been constantly trying to reach beyond its target audience since the beginning.

Let’s face it, Miss Marvel has always had a hard time climbing the hill. It focuses on a relatively unknown Marvel superhero, perhaps the least known in phase four, and all without the extra star power that Oscar Isaac brought to Moon Knight. It is also restricted to a high school environment, making it difficult for those older than Generation Z to understand its topics. Thanks to the stellar visual style, which almost completely compensated for all the shortcomings of the series, only “Miss Marvel” remained, which is far from the best MCU content that Disney can offer.

Why the latest episodes of “Miss Marvel” seem so different

It goes without saying that Kamala’s two-part trip to Karachi, Pakistan, dramatically changed the series. Although this is certainly not for the worse, the time travel shenanigans that Ms. Marvel must take part in, and the more serious tones that her family’s history demands, do not go hand in hand with the previous artistic flair. The first few episodes are dedicated to immersion in the dreamer Kamala, a major Marvel fan who even has her own YouTube channel, a world destroyed by the complexities that her superpowers bring to her life.

After all, another great feature of Ms. Marvel is the rare opportunity to see the MCU hero fail so many times awkwardly, as Kamala’s run—ins with the Destiny Clan in Jersey end up pretty horribly. A direct consequence of this is that, having landed in Pakistan, Miss Marvel cannot simply be the same girl she was before, since it is precisely such circumstances that help to build the right character development.

As part of this rapid transition from an ordinary teenager to a superhero, Kamala must abandon her constant dreams. Even if there’s still room for a few messages to pop up here and there, Ms. Marvel can’t look at the world with the same rose-tinted glasses as before. Add to this the latest episode of “Miss Marvel”, mainly dedicated to the death of her great-grandmother, and it’s not surprising that these emotional moments are not like a comic book.

Suffice it to say that the transition of the series to a more “mundane” visual landscape is quite justified, but taking an almost complete break from the main character for one whole episode does not seem to be the right move. This in itself is a good argument in favor of why “Miss Marvel” could use more episodes. Another way would be to adapt Kamala’s particular view of her Marvel world even in light of the current events of her life, although the finale still offers some room for improvement.

Will “Miss Marvel” be able to deliver a decent ending?

Despite the temporary abandonment of the “Spider-Man: Across the Universes” graphics that made so many viewers instantly fall in love with “Miss Marvel,” the latest episode of the series offers a great opportunity to save these artistic values. Of course, history creates everything for this to happen, but more than that, in the real world, the Belgian duo Adil El Arbi and Bilal Fallah returns to directing duties in the season finale.

After all, it was Adil and Bilal who came up with these visuals for the pilot episode, but that’s what makes their impact on the series so important. Kamala’s comic book moments are some of the best in the series, thanks to how well they pay homage to the source material. The abrupt change is so shocking precisely because Ms. Marvel’s sudden text notifications have given him an air of teen culture that he shares with Scott Pilgrim vs. Scott Pilgrim. World.

Given his lackluster villains and the fact that Kamran seems destined to turn his back on Kamala once she returns to Jersey, Ms. Marvel really should do her best for the final chapter, especially since they tend to be the most visually impressive. when it comes to Marvel CGI. Of course, Kamala should appear in “Miracles” and eventually meet her avenger hero. However, given the relatively small threat that awaits her in the finale, it’s unlikely that Ms. Marvel will be able to conjure up any epic cameo to help her cause or the show’s ratings.

What Ms. Marvel is doing in terms of Muslim representation in the MCU is great, but it’s just not enough to continue the entire series. It is for this reason that Adil and Bilal have given Kamala much more opportunities to work.

Resident Evil Re: Verse | When does the open beta start?