Home Entertainment Mr. Malcolm’s List: Where do You know the cast 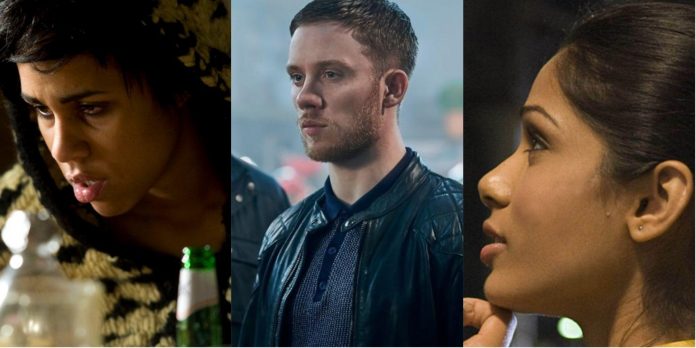 The nineteenth-century romantic comedy-drama Mr. Malcolm’s List will be released in theatres on July 1, 2022. This film, sure to please fans of Bridgerton with its elaborate period-piece sets and costumes, features a young British woman courting a mysterious wealthy gentleman.

Based on a novel of the same name by Suzanne Allain, the film features a very diverse cast, much like Bridgerton. Several of the cast members will be familiar to viewers from the wide variety of projects in which they have been featured previously.

Dirisu plays the meticulous bachelor Jeremy Malcolm in Mr. Malcom’s List. Dirisu’s most recent recurring role is Elliot Finch in the crime drama Gangs of London, which tells the story of the power struggle between London’s international gangs when the head of a powerful crime family is assassinated. Other notable recurring roles include DS Stanley Hart in Next of Kin and Fred in the sci-fi drama Humans. He also starred in the proshot of the RSC production of Coriolanus.

Dirisu’s Elliot Finch is the one kind-hearted good member of his gang because he is secretly an undercover cop. This role is very different from his Mr. Malcom’s List role as Jeremy Malcolm. While Jeremy Malcolm is a wealthy and snobbish 19th-century gentleman,  Elliot Finch is a modern-day cop disguised as a gang member. The two characters also inhabit different genres, Elliot in the modern action crime genre and Jeremy Malcolm in the period romance genre.

Ashton plays the sarcastic Julia Thistlewaite in Mr. Malcolm’s List. One of Ashton’s most well-known roles was  Violet ‘Vod’ Nordstrom in Fresh Meat. The series was a comedy about six university students in Manchester who are forced to share a house together. Ashton’s more recent roles include Oona in The Handmaid’s Tale and Josephina in the horror thriller Velvet Buzzsaw. She will also be featured in the upcoming sequel to Captain Marvel, The Marvels.

Although Mr. Malcolm’s List and Fresh Meat take place in very different time periods, Julia Thistlewaite and Violet ‘Vod’ Nordstrom have a lot in common. Julia and Vod are both very sardonic and scheming. Julia scams Jeremy Malcolm as revenge for rejecting her. Vod constantly borrows her housemates’ things without permission. However, one area where Vod and Julia differ is that Julia is far more feminine than Vod. Where Vod is a punk, Julia is a high society woman.

James plays Captain Henry Ossory in Mr. Malcolm’s List. Two of James’ most well known roles include Sidney Parker in the period romance Sanditon and Henry DeTamble in the fantasy romance The Time Traveler’s Wife. James is also known for playing Four in the Divergent movies. He will be in the upcoming season two of The White Lotus as Cameron Babcock.

James’ two most known roles of Sidney Parker and Henry DeTamble do have things in common with Captain Henry Ossory. All three are involved in romances, and although it is yet to be seen in the film what will be the fate of Captain Henry Ossory, both of the other romances ended tragically. Sidney was forced to marry the wealthy and snobbish Eliza Campion rather than his true love Charlotte Heywood, and then died while away at war. Henry DeTamble meets his wife Clare Abshire out of order, and he is implied to have been killed at age 42.

Pinto plays Selina Dalton in Mr. Malcolm’s List. One of her most well-known characters is the older version of Latika in Slumdog Millionaire. Slumdog Millionaire is about Jamal Malik (Dev Patel), a teenage boy from Mumbai who is accused of cheating on Kaun Banega Crorepati? (Who Wants To Be A Millionaire?) and is questioned about his life story. Pinto more recently has been voicing Queen Shanti in Mira, Royal Detective. She is also in the upcoming My Mother’s Wedding and Spy Princess.

Pinto’s Latika and Selina do have things in common despite being from two different time periods and different countries (Latika from modern-day India and Selina from 19th-century England). The two are both being taken advantage of in some way and both end up in genuine romances. Latika is abused as a child and forced into prostitution but falls in love with Jamal, who she grew up with and who eventually rescues her. Selina is being used by Julia as a pawn in her revenge scheme to turn Selina into the perfect woman for  Jeremy Malcolm; however, she genuinely does fall in love with him.

Jackson-Cohen’s Luke Crain, Peter, and Lord Cassidy are all very different characters from each other with only a few similarities. Luke Crain is recovering from drug addiction after seeing ghosts as a child and always tries to do his best for his family. Peter also has a connection to the supernatural but he himself is a ghost rather than being haunted by them. While Peter also suffered a traumatic childhood, he is the least sympathetic of the three Jackson-Cohen characters, manipulating and killing many people. Lord Cassidy is a modest and shy 19th-century English lord who is sent to spy on Mr. Malcolm. His personality is similar to Peter; however, Lord Cassidy lacks the connection the others do to the supernatural.

Ladwa plays John, Julia’s servant in Mr. Malcolm’s List. Ladwa is most known for playing Hugh in the Detectorists, a series about two quirky metal detectorists spending their time searching for treasure. Ladwa more recently has been seen as Uzman in Ant-Man and the Wasp, Manny Singh in the podcast Radioman, and Iqbal in the comedy series, Two Doors Down.

Related: 8 Things The Ant-Man MCU Movies Did Better Than The Comics, According To Reddit

Ladwa’s Hugh is a shy and socially awkward metal detectorist. John seems to be a bit more spirited than Hugh with his cheeky remarks about the ruling class.  It looks as though these two Ladwa characters will not have much in common. This shows the range Ladwa has as an actor; however, that he can play two totally different characters – one very shy and the other much more spirited.

Gregory plays Molly the maid in Mr. Malcolm’s List.  Gregory is most known for playing Mum/Celia in Last Train to Christmas, featuring Michael Sheen. She also played Chloe in StreetDance 3D. More recently, she played a dancer in Everybody’s Talking About Jamie.

In Last Train to Christmas, Gregory’s Mum/Celia is a mother with a secret kept from her son that his brother is actually his cousin.  This twist has repercussions on the rest of the plot. Molly in Mr. Malcolm’s List is a totally different character – a gossipy maid in this nineteenth-century romantic comedy. Gregory shows a wide range as an actress in her choice of roles.

Xenoblade Chronicles 3: How to unlock the hero Asheru