Home Entertainment Moxie: check out what the critics are saying

Moxie: When the Girls Go to Fight came to the Netflix catalog last Wednesday (3). Directed by comedian Amy Poehler (Parks & Recreation and Saturday Night Live), the film is an adaptation of the novel of the same name by Jennifer Mathieu and accompanies Vivian (Hadley Robinson), a teenager who always preferred to follow the rules and not attract attention. Everything changes with the arrival of a new student, who forces Vivian to analyze the uncontrolled behavior of her schoolmates, and she realizes that she is tired of what she sees.

The film has 74% approval from the public and 65% from critics, according to Rotten Tomatoes. Below you can see what journalists are saying about the film.

With the strident music of Bikini Kill, a sharp and socially bold attitude, and an attempt to portray these young people as real human beings, Poehler’s film navigates beautifully in this world, without ever resorting to stereotypes and making its protagonists totally three-dimensional. In general it is a very sweet and satisfying film, within a genre in which it is difficult to find new paths. Somehow, Moxie: When the Girls Go to the Fight it does that, and in a memorable way. Good job, Poehler.

Ultimately, the essence of Moxie: When the Girls Go to Fight is in the right place, and certainly many girls and women relate to Vivian’s coming of age story as she not only opens her eyes to the injustices of patriarchy, but join the fight against it. Her message is neither revolutionary nor entirely original, but the elements of Riot Grrrl and the punk soundtrack offer a new version of this type of story. But in addition to its clear message, Moxie is simply a pleasant teen film and, without a doubt, worth checking out for anyone who wants to watch something new on Netflix.

Mathieu’s book takes place in a small Texas town, where flattery by football stars makes the most sense. Poehler seems to have set his film in Anytown – a choice that aims to make Moxie more universal, but ends up taking the significance of this relationship a little. The discontent that the girls at Rockport High channel through Vivian’s zine seems generic, torn from newspaper headlines and magazine articles, rather than specific to their characters. But Moxie’s biggest disappointment is its climax, which is so disheartening that it dissipates any goodwill the film has accumulated in the previous two hours.

The best thing about teen films is that they offer young people the opportunity to recognize that they are not alone in facing the crazy problems that come with life as a teenager – and it would be wonderful if people watched Moxie: When Girls Go to Fight feel inspired by the actions of their protagonists. It harbors this potential, but it is more likely to become a film that you reflect on with a shrug and an “It’s ok” as the poster passes when you browse the Netflix catalog. Your goals are positive, but the results are mediocre.

The film tries, simultaneously, to question the impossible standards imposed on the female body, to underline the dangers of a culture of silence, to confront the white privilege and, in brief moments, to give voice to a range of diverse actors. A trans student, a girl with a disability and several students from different racial and socioeconomic backgrounds, all gain their moment of visibility. However, amid such a crowded screen, some of the film’s most engaging characters and narrative threads are left out. Despite these problems, Poehler manages to do something memorable: a young tapestry with the heart in the right place, without fear of dealing with subjects as difficult as rape. 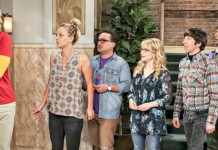 The Big Bang Theory: How its creators turned a real problem into a laughing matter 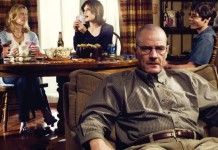 Breaking Bad: The famous actor who came to the series thanks to a stroke of good luck 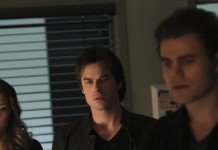 The Vampire Diaries: The Most Exciting Moment Fans Saw In 8 Seasons