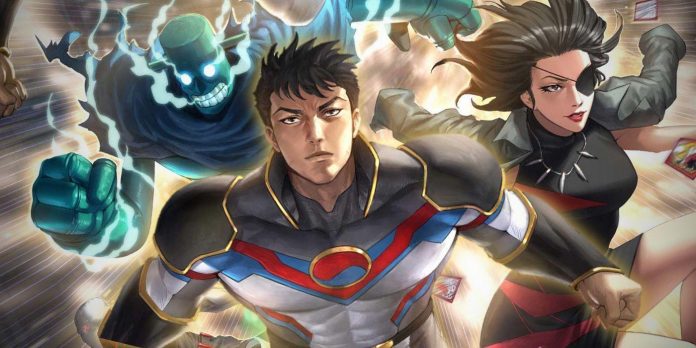 Marvel Comics’ largest superhero team in South Korea, Tiger Division, is launching its own limited comic book series this November! For decades, the Avengers have been known as Earth’s Greatest Heroes, as they strive to protect the world from great threats that one hero cannot handle. From global threats like Ultron to crushing villains like Thanos, the team has become known for thinking fast and working together to save the day. However, this does not mean that they can be everywhere at the same time. There are limits that even the greatest heroes like Captain America and Iron Man can reach, so there are other superhero teams in the universe to keep the peace.

One of such unique teams is Tiger Division, a superhero team from South Korea. First appears in Taskmaster Vol. 3 # 3 in 2021, the group is supported by the director of White Fox, similar to Nick Fury. Together they are working to prevent threats against South Korea and the world under the supervision of the National Intelligence Service. Now, more than a year later, the team has returned and is launching its own mini-series, led by the stellar creative team of Emily Kim and Chris Lee.

According to a Marvel press release following the announcement at Comic-Con in San Diego, Tiger Division #1 will be the first installment of a five-issue miniseries. In this new comic, Marvel fans will get to know the members of the super team, who will surely become new favorites among the many Marvel heroes. Taegukgi leads the group as a team leader with a heart of gold. Team members work with him, such as a street demigod named Mr. Enigma, a card-wielding sorceress named Lady Bright, a living totem named General and an android destined to become a fan favorite, with a character named Gun-R II. Together with the fans’ favorite heroes, such as White Fox and Luna Snow, they form a Tiger Squad and are ready to accept any danger!

Emily Kim, the author of the latest issue of Silk, takes up the pen for this new series. She was joined by artist Chris Lee, who worked on the Marauders yearbook this year. They will also be joined by artists Ron Lim, Artgerm, Junggeun Yoon and Peach Momoko, who will design various cover versions. Now little is known about who will be the first big evil that the Tiger Division will face after the clash with Taskmaster, when he copied the forces of Ant-Man, but with such a team led by such talented writers and artists, it will definitely be a bomb debut. When asked how she worked on the first big story for the South Korean team, Kim said:

As a lifelong comic book fan, I never thought I’d get the chance to write for an all-Korean band. I hope this is not the last story, and there are many more stories about Tiger Division ahead of us.

Tiger Division #1 is expected to hit the shelves of comic book stores on November 3, 2022. Fans can discuss with local comic book stores to pre-order to add this exciting debut to their collection. Any Silk fan will be willing to pick up this book, given the deep characterization and actions available on its pages. Tiger Division has a long way to go, as they will prove themselves among the vast sea of other heroes of the Marvel Comics universe, but with our creative team consisting of stars, they undoubtedly have a bright future.