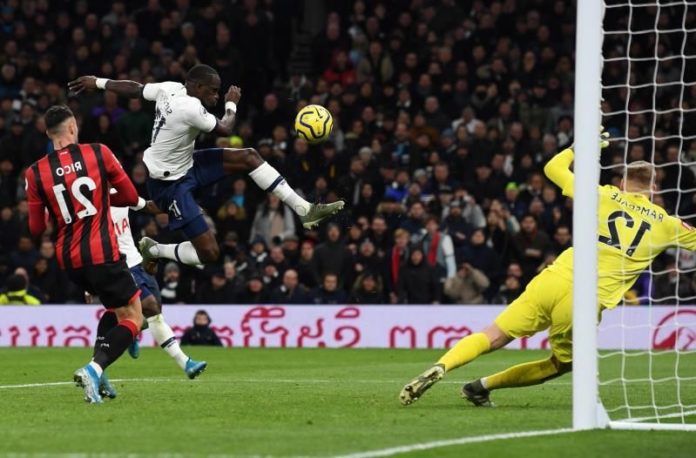 Jose Mourinho’s idyll with Tottenham Hotspur lasted this Saturday, with the victory of the London team against Bournemouth (3-2) to approach the Champions League positions.

Tottenham, who since the dismissal of Mauricio Pochettino has added three consecutive victories, was led by Dele Alli, who is on a roll since the arrival of the Portuguese coach.

The one of Milton Keynes already scored against Olympiacos the goal that started the comeback of the ‘Spurs’ and this Saturday made a double.

He could join the Colombian Davinson Sánchez, but his target in the first part was canceled after the intervention of the VAR.

Alli’s goals, one in each part, were enough for Tottenham to tip a Bournemouth with many casualties that he succumbed in London to the new Mourinho team.

In addition, with the ‘Cherries’ already defeated, Moussa Sissoko made the third, while the goal of honor was converted by young Harry Wilson, ceded from Liverpool and without time for more, at the last minute, Wilson himself made the 3 -two.

The ‘Spurs’, thanks to these two consecutive victories in the league, are placed in fifth position, with 20 points, still far from Chelsea, which marks the Champions League positions, with 26 units.

Despite this, Tottneham could still be overtaken by Wolverhampton Wanderers, Sheffield United and Arsenal, which have a pending match.