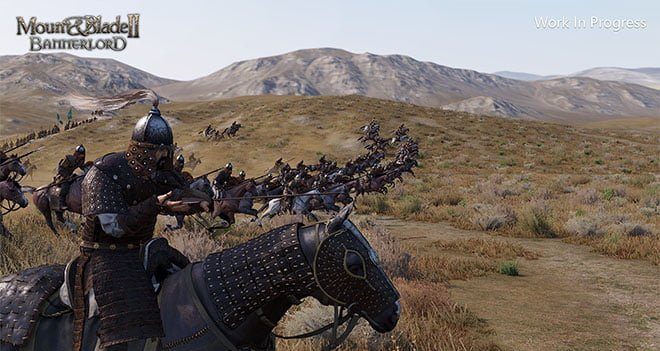 Mount & Blade II: Bannerlord will debut next March. TaleWorlds had positive and negative reactions by players when it was announced that the game would be released with early access. We asked the reason for early access directly to TaleWorlds officials under GIST 2020.

Taygun Arda Öztürk, Koray Kıyakoğlu and Gökhan Uras from TaleWorlds team answered our questions for Bannerlord, which we have been waiting for for a long time in GIST 2020 for three days. In the conversation we had with three names, one of the topics we talked about was that the game would be released with early access. We asked the reason behind this choice, which was criticized by some players.

In fact, he preferred an early access model in previous games of the Mount & Blade series. However, since Warband, which debuted in 2011, players’ opinions about early access have changed a lot. Especially the productions that wanted to make money by using the early access system contrary to its purpose were derived.

How early will Mount & Blade II: Bannerlord be available?
As we continued our conversation, we posed a question about how early access will take. Although they did not answer this question with a clear date, they replied, “We think we will remove the game from early access as soon as possible.” In other words, the TaleWorlds team will use the early access model, as other companies do, not to earn money from the game, but to develop it on a more solid basis.

Mount & Blade II: Bannerlord is out shortly. The long wait of the players will end in March. For this reason, the fact that TaleWorlds participated in GIST 2020 makes it a little easier to wait for the community to solve the questions in mind. We will continue to share the rest of our bannerlord chat. Stay tuned to Webtekno in order not to miss developments.

This The Economist study sheds light on the future of cryptocurrencies