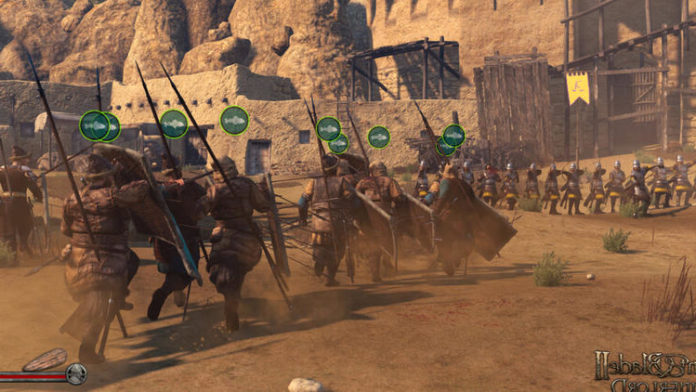 We attended the GIST held in Istanbul, we came together with the team of Mount & Blade II: Bannerlord, developed for almost 9 years, namely TaleWorlds. It is almost certain that Bannerlord will have a Battle Royale mode, which is expected to be finalized soon … Only others can develop the mod instead of TaleWorlds. So how?

We attended the GIST event held in Istanbul last week, we came together with game makers. There was a name especially in the event that he had rightly grown attention. Mount & Blade II: Bannerlord, which has reached the end of a 9-year development period, is almost ready now. We asked the curious, TaleWorlds team, who made the game.

TaleWorlds team, where we had the opportunity to talk about Battle Royale, one of the most popular game types of today, announced that Bannerlord will adapt in this train. Popular with PUBG and Fortnite, the Battle Royale mode is now featured in the most popular FPS games like Call of Duty and Battlefield, as well as games focused on sword shield fighting like MORDHAU.

Battle Royale statement, which concerns those who look forward to Bannerlord from the TaleWorlds team:
“Battle Royale is a topic we talk a lot about. We thought if we should add something from today’s culture. We don’t want to adopt the copy-paste logic, but we also see the light on the multiplayer side. It’s really fun now. Besides, even if we do not do this, one of the community will definitely remove his mode. Currently, even in the beta process, modding work has begun. So it seems that someone else will do it, even if we don’t do it ultimately. ”

Taleworlds team said that Bannerlord is a much easier moddable game than Warband at a conference they attended in GIST 2020. The team stated that in one of the developer logs published on Steam, they spent twice the time on each feature they added to increase the game’s modulability. You can click here to reach all known about Bannerlord that we talked about.