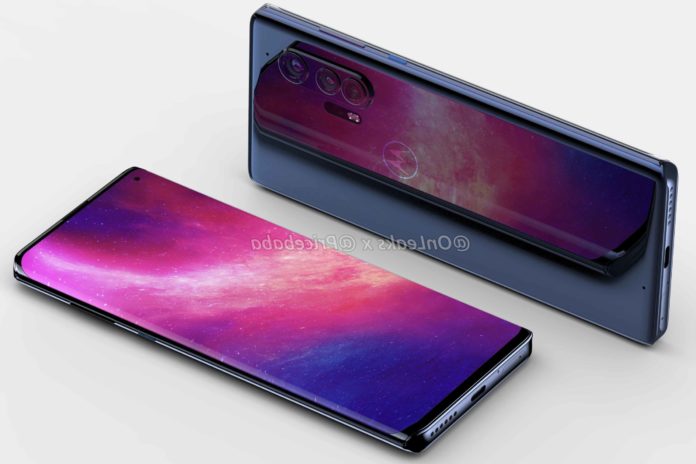 With the latest phones, renderings of Motorola’s new flagship experiment Edge + 5G appeared, which shook his fans’ trust and disappointment. New information about the phone began to appear.

Motorola has not found the expected interest in the Moto Z2 Force model it released in recent years, and even the model has been described as disappointing by most users. After this failure, the company left the flagship segment 2 years ago. However, one of the most interesting topics of recent times, 5G technology has attracted the attention of Motorola and has an opportunity to produce new flagship.

With the latest developments, render images of Motorola’s new flagship Edge + 5G appeared. The features of the phone are striking. Recently used hole screen cameras will also be on Edge + phones. The phone will have fairly thin bezels and will be released with a large screen.

Steve Hemmerstoffer predicts the screen will be somewhere between 6.5 inches or 6.8 inches. This means that Edge + will appear with a very large screen in front of its users . Hemmerstoffer stated that these details have not been confirmed yet, but according to his estimates, the phone will have a screen rate of 90 Hz refresh. In addition to all this, the screen is thought to have Full HD + resolution.

Most smartphone brands competing in the flagship segment this year have made a significant change to their device. Most phones have a hole screen front camera. Motora Edge + is also thought to adopt this application.

3 cameras are waiting for us when Motorola Edge + is reversed. The back screen is estimated to be glass and there will be 3 different cameras in the upper left corner of the glass panel. It is estimated that there will be a pair of LED flashes and a focusing system. Also, as seen in the photos, it is thought that the Motorola logo on the back screen will be turned with led lighting. This new phone will excite users already. There is no definitive and clear explanation as to when the phone will be released .