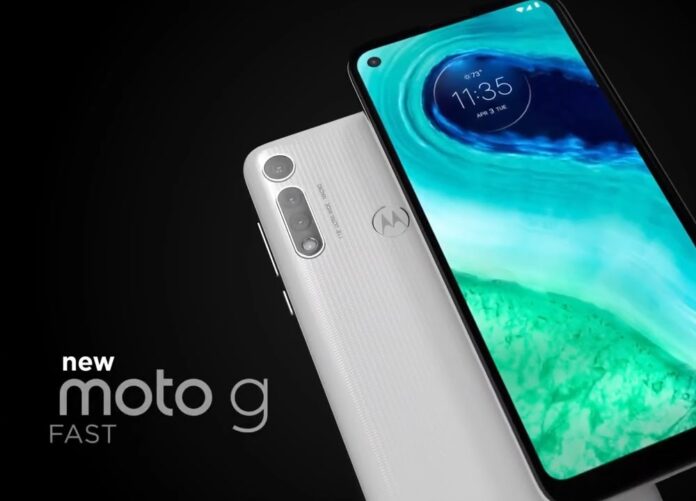 Motorola, once one of the most important names in the mobile phone industry, is now far from its former popularity. However, despite the difficulties, the company continues to work on new phone models and bring these phones to consumers. A leaked new video reveals that a new member will be added to Motorola’s Moto G series devices.

A new promotional video uploaded to YouTube reveals that Motorola’s new smartphone will be called Moto G Fast. We can also clearly see the design and some technical features of this phone in the shared video. Unfortunately, the video does not reveal the price or release date of the device. Let’s take a closer look at the design and specifications of Motorola Moto G Fast.

The promotional video prepared by Motorola reveals that Moto G Fast will be very similar to “Moto G8”. The phone, which has very thick frames, comes with a hole on the screen that holds the front camera. We can also clearly see the triple camera setup on the back of the phone and the fingerprint reader with the Motorola logo on it.

The leaked promotional video reveals that Moto G Fast will be powered by the Qualcomm Snapdragon 665 processor. Also, this phone will have 3 GB or 4 GB RAM options. The video also claims that the new smartphone can be used for 2 days on a single charge. It is said that the battery, which will offer this usage time, can support 10 watts of fast charging and 4,000 mAh capacity.

Motorola’s smartphone, which we do not know the release date and price, will come with a main camera with unknown resolution, an ultra wide-angle camera and a macro camera. Although its features are not yet known, one should not expect these cameras to offer a superior feature. If you wish, let’s leave you with the leaked video prepared by Motorola’s new smartphone.