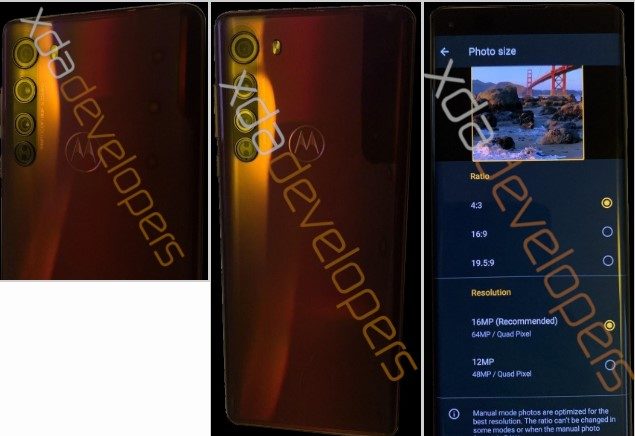 It turns out that Motorola’s new flagship Edge + has also had a brother in recent times. Called Edge, this phone will be powered by Snapdragon 765 and will come with a 4,500 mAh battery.

Motorola, one of the most popular mobile phone manufacturers of its time, is now looking for its old days with candles. Motorola, which can not resist the developments in the sector and the world of smartphones, has been confronting consumers with devices that offer middle segment or military durability for a while. However, Motorola is also on the agenda with a model called Edge +, which will appear as a new flagship recently.

Rumors about Motorola’s new flagship have already revealed some of the features of this phone. However, the new information that has emerged now reveals that Motorola’s flagship will also have a brother and that this phone will be called “Edge”. Now let’s take a closer look at other details about the new Motorola mid-segment phone, Edge.

That’s how Motorola Edge looks
According to the leaked information, Motorola Edge has an extremely curved screen. Allegedly, this screen is 6.67 inches in size and offers FHD + resolution. The phone, which has a screen refresh rate of up to 90 Hz, also has a mode that automatically determines which of the 90 or 60 Hz screen refresh values ​​to use.

Motorola’s upcoming new phone has a front camera that offers 25 MP resolution in its perforated screen. When we look at the back of the Edge, we can see that there are 16 MP wide-angle camera and 8 MP telephoto camera in addition to the 64 MP resolution main camera. In addition, this phone has dual SIM support, microSD, USB Type-C input and works with Android 10.

It is also revealed that Motorola’s leaked Edge phone will be powered by Snapdragon 765 processor. In addition, this phone will be offered to consumers with 6 GB of RAM and 128 GB of storage. Of course, this power needs to be supported by a solid battery, and Motorola has not ignored this situation. The resulting information shows that the Motorola Edge will come with a 4,500 mAh battery.

It is not yet known when Motorola will release its new phone. However, the leaked images reveal that the Motorola Edge is ready for sale and may be released soon. No explanation about this phone has been made from Motorola.

Galaxy S22: Everything We Know About Samsung Phones