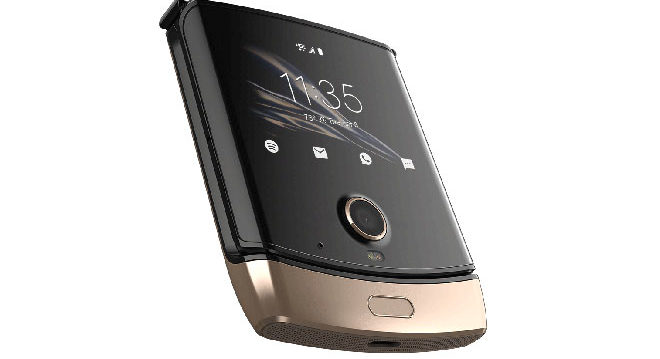 Motorra’s foldable screen phone, Razr, was only available for pre-order in black. It turned out that the new smartphone, which carries the legend of the Razr to the present, will be a new version in gold.

Foldable smartphone Motorola, which was previously postponed Razr opened to pre-order last week at a price of $ 1,500.

While those who pre-ordered the phone can only get the black color of Razr right now, a new image has revealed that those who choose to wait can get the gold-colored version that looks quite stylish.

Leaking the gold-colored version of Motorola Razr, Evan Blass did not share any details about the device’s features. However, the gold-colored model is thought to contain the same features as the standard black Razr. The device provides a striking contrast with a mixture of black and gold colors and is already a candidate for being the users’ favorite color.

Motorola Razr is powered by Qualcomm Snapdragon 710. On the other hand, the phone has 6 GB of RAM and 128 GB of internal storage. With a 6.2-inch, 2142 x 876 pixel foldable home screen, the phone offers a smaller 2.7-inch screen on the cover for viewing notifications and time. It is also announced that the phone, which comes out of the box with the Android 9 Pie operating system, will receive an Android 10 update.

It is also said that Samsung will introduce its vertical foldable phone called Galaxy Z Flip next to the Galaxy S20 series next week. In addition, the new foldable phone of the Korean tech giant is expected to come with a more durable “Ultra Thin Glass” than the plastic screens used in Razr and Galaxy Fold.

Steam Kicks Blockchain Games From The Platform: OK But Why?

How To Transfer Whatsapp Chat History To Telegram?