The Motorola Razr 5G folding cell phone is getting closer to being announced by the company, as everything indicates that the announcement will be made on September 9th. However, information about the device continues to emerge frequently to give the public a preview of what is to come in this new generation.

Although we know that there will not be many changes in the visual part, a new rendering in the form of video, showing the device in 360 degrees, gives an even more concrete forecast of the design that will be adopted in this new generation of the smartphone.

The device recently received TÜV Rheinland certification, in Germany, where several details about the specifications were shown, confirming to the public some information that had already been shared through previous leaks. 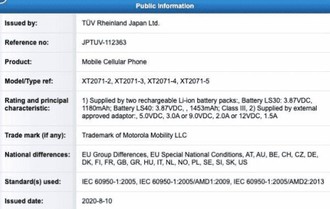 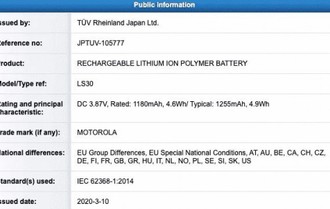 Regarding the design, the leak shared by Evan Blass, shows that the Razr 5G will be thicker than its predecessor, and the contours are more rounded. The notch on the display appears to be smaller, showing that the manufacturer will keep the sensors applied, but taking up less space.

It is worth remembering that the cell phone is expected to reach the mobile market with a 6.67 screen, the Snapdragon 765 platform, 8 GB of RAM, 256 GB of internal storage, a 48 megapixel main camera and a 20 MP front camera. The launch may take place on 9 September, so by then more information must be shared with the public.

Camila Cabello confesses that she has a serious illness

Situations where BTS was in danger

GM develops batteries with 1.6 million kilometers lifetime for its electric...

Tether’s Substitution Of Ethereum Is Only A Moment

Digital Dollar project was launched: “The game has started”