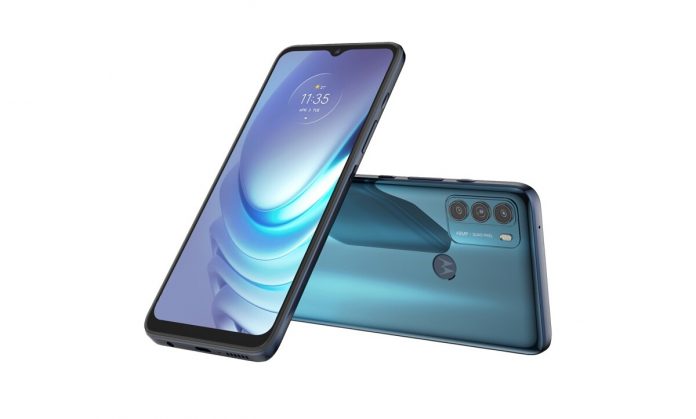 Motorola, which was sold by Google to the Chinese company Lenovo for $ 2.91 billion in 2014, continues to work to gain a place in the smartphone industry. The company has officially introduced the long-awaited smartphone Motorola Moto G50 5G, about which many leaks have appeared.

Motorola Moto G50 5G, which has a 6.5 inch 720 X 1600 pixel resolution LCD panel, is available to the user with a 90 Hz refresh rate. Considering its features, the device, which is understood to be in the middle segment, seems to be preferred with its features that will satisfy users as well as its affordable price.

The smartphone is powered by MediaTek’s Dimensity 700 processor. This processor, which is produced with 7 nm architecture and has eight cores, contains 2 Cortex A-76 running at 2.2 Ghz and 6 Cortex A-55 running at 2.0 Ghz in its structure. On the graphics unit side, there is the Mali-G57MC2.

The device, which uses 4 GB of RAM on the memory side, comes with 128 GB of storage. At the same time, up to 256 GB of additional storage can be provided thanks to the microSD card slot. In addition, the fingerprint reader is located on the side of the device.

Motorola Moto 5G is powered by a 5,000mAh battery with 15W fast charging support, which can be charged via the USB-C port. On the other hand, the device, which has NFC support and a 3.5 mm jack input, will run the Android 11-based My UX interface as soon as it comes out of the box.

The smartphone went on sale in two different color options, gray and green. We expect the device, which initially went on sale in Australia with a price tag of $289, to appear in other markets in the future.