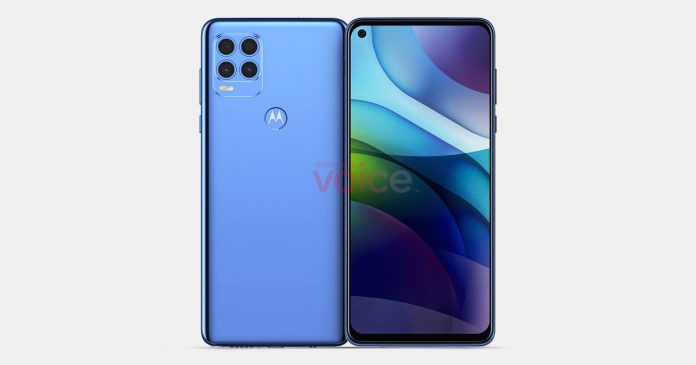 Rumors that surfaced last November claimed that Motorola is designing a new version of the 2020 Moto G Pro, also known as the G Stylus in the USA. The design of the phone, which was previously listed on Amazon, seems to have changed according to new leaks. It is unknown which design is true, but the Amazon leak is thought to be more distant. The new Motorola Moto G Stylus 2021 images came from @OnLeaks, known for leaking phones.

Although the design of the phone has changed in the new leaks, the previously leaked features have been confirmed. In the previous leak, the fingerprint reader is located on the side of the phone, while in the new leak, it is located on the back. Motorola’s M logo is also located inside this fingerprint reader. In addition to the fingerprint, the positions of the cameras on the back have also changed.

Images of the new Motorola Moto G Stylus 2021 show no changes on the front. Motorola may also be weighing future responses in case the phone is in the design phase.

The phone, which is expected to come with a 4000 mAh battery, has a pen. There is no leak yet about the technical details of the pen. The 3.5 mm headphone jack is also not removed from the phone.

What do you think of the Motorola Moto G Stylus 2021 features and design?