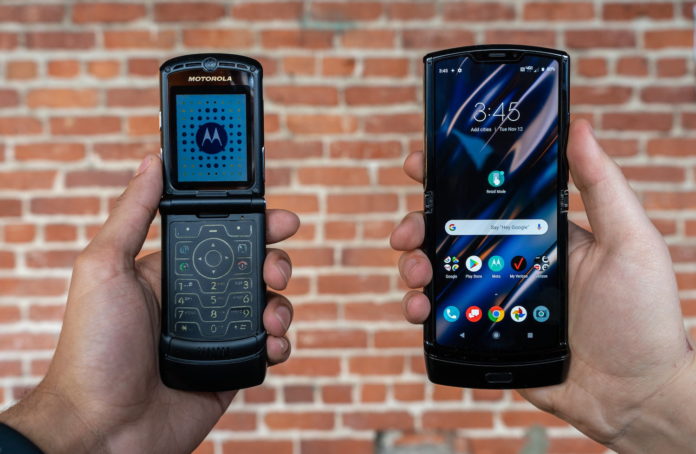 One of the brands that the foldable phone boom benefited the most was Motorola. The brand, which was highly preferred in the 2000s, has returned to the present day with Razr 2019. After the phone ran out in pre-orders and proved its interest, it was the subject of some endurance discussions. The main reason for these discussions was the endurance test carried out by CNET. The answer from Motorola, who argued that the test was not suitable, was not delayed.

Foldable phones have been one of the most talked about technological advances of the past few months. Razr 2019 has been one of the most talked-about phones since Motorola’s nostalgic initiative. The phone, which was developed as the modern version of Razr released by the company in 2004, attracted attention with its size, nostalgic and stylish appearance when folded.

After the excitement that occurred when it went into pre-order and entered the market a while ago, the resistance test conducted by CNET caused controversy about the phone. Motorola Razr 2019 has become obsolete only after 28 thousand folding. The comments on the terrible test results were so negative that the manufacturer company had to make a statement about the issue as soon as possible.

Motorola argued that CNET’s test was not accurate enough

Motorola first argued that the machine used by CNET during the test is not suitable for Razr endurance testing. This defense can actually be considered correct, since this machine called ‘FoldBot’ did not show the movements that the phone would be exposed to while using it in daily life. A person wouldn’t turn the phone on and off so hard and quickly. Also, FoldBot did not hang up completely. According to the company, the fact that the phone did not turn off properly was another factor that forced the mechanism.

The company found the Razr test done by CNET wrong and too aggressive, and carried out its own Razr test with more suitable methods. As we can see in the video of Motorola’s on-off durability test, the machine used turns the phone on and off completely. In addition, the opening and closing movement is softer, as a person would. This justifies Motorola’s defense in our opinion. It is possible that the interest in the phone will come back after this answer from Motorola. However, regardless of CNET’s test, it has created suspicion about Razr’s reliability.