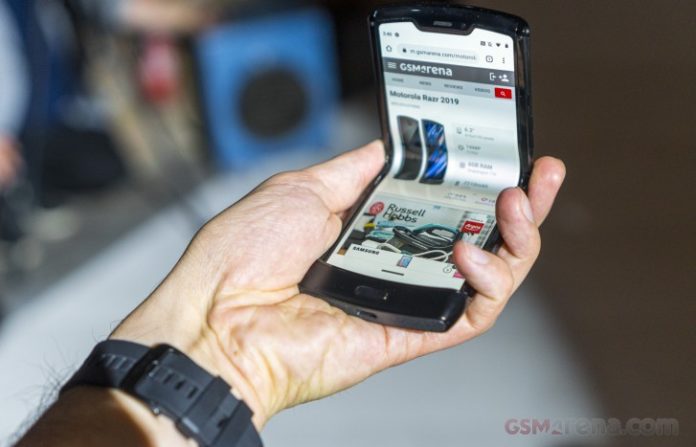 Motorola, one of the first companies to launch its foldable smartphone, announced the release date of the highly anticipated Razr device. The company has set Razr’s postponed release date as February 6. So Motorola’s foldable phone will be released earlier than Samsung’s new foldable phone.

Motorola Razr’s pre-order date was announced on January 26. So just three days from today, Motorola Razr will go on sale. The sales price of Motorola’s foldable device was set at $ 1,499. The price of the Samsung Galaxy Z Flip is expected to be around $ 1,300.

Motorola Razr features:
Introduced a few weeks ago, Motorola Razr will feature a 6.6-inch 21: 9 ratio display and take advantage of OLED technology. The screen resolution will be 2142×876. The device has a design that folds vertically in the same way as the Galaxy Z Flip.

Motorola Razr will come with a 16 MP resolution camera and will offer a separate 5 MP camera. One of the most interesting features of the device is that it does not have any SIM input. Consumers will have to use e-SIM to use this phone.

Microsoft Bing gets new design and extra features on Android