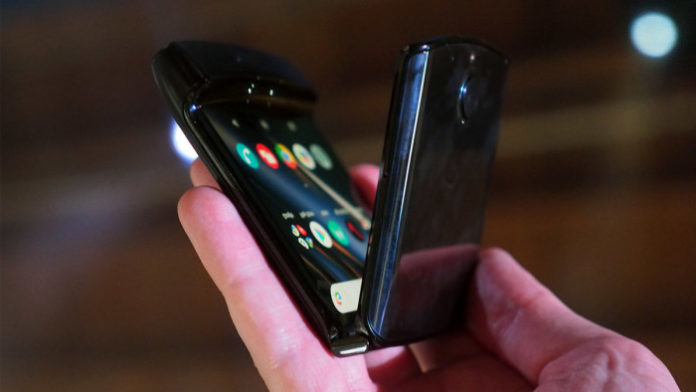 Razr, the mobile phone Motorola introduced recently, has been sold out before it goes on sale. The phone, which goes on sale for $ 1,500, will be officially released on February 6.

Motorola, which is included in the foldable smartphone sector with its newly introduced Razr phone, recently opened this phone to pre-order. The company, which dreams of going back to its old days, should be quite satisfied with the sales figures , because the devices were sold out before they were officially sold.

Razr , which Motorola rivals the Samsung Galaxy Fold and Huawei Mate X , is one of the few foldable smartphones introduced in 2019. The phone, which has been postponed many times, was announced in the last statement on February 6 . The phone’s pre-orders started on January 26 .

What does Motorola Razr offer?

With a price tag of $ 1,500, the Motorola Razr looks like the iconic Motorola phone that shook the world at the design point in the early 2000s. The phone, which has a foldable home screen with a resolution of 6.2 inches, 2142 x 876 pixels , has an additional 2.7-inch screen on the cover for displaying notifications .

Motorola Razr gets its power from the Qualcomm Snapdragon 710 at 2.2 GHz . On the other hand, there is 6 GB RAM and 128 GB internal storage in the memory part of the phone . It is also announced that the phone, which comes out of the box with the Android 9 Pie operating system, will receive an Android 10 update in the coming days.