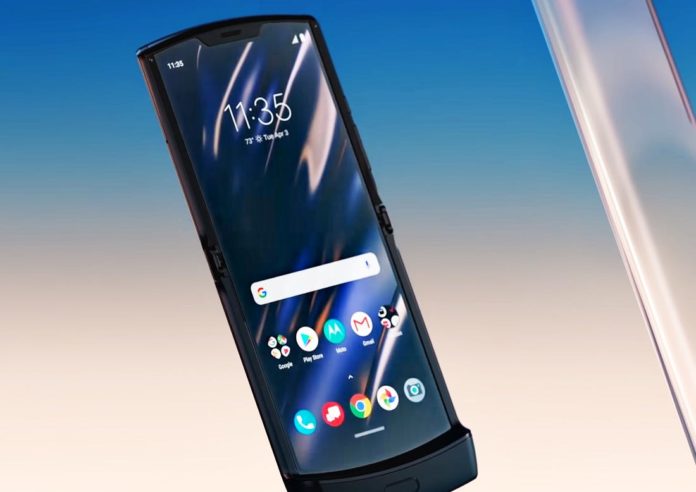 Motorola, the first Motorola smartphone with a foldable screen, went into the repair test. Testing through a YouTube channel called “iFixit” reveals that Moto Razr’s repair is almost impossible.

“iFixit” YouTube channel is the subject of our news from time to time. This channel literally pulls out the smartphones that have just been released. The study to measure the level of repairability of a smartphone does not escape the attention of technology lovers. In the last video, iFixit seems to have detected the smartphone that is hardest to repair.

iFixit wanted to overhaul the Moto Razr phone, which was recently released, and regretted it. Because Moto Razr, the first smartphone of the company with a foldable screen, launched by Motorola, was never an affordable device in terms of repairability. Giving a specific score to each smartphone after its works, iFixit gave Moro Razr only 1 point out of 10.

According to the iFixit team, Moto Razr has a seriously complex structure. In fact, this was the case with Samsung’s first folding screen phone, Galaxy Fold. The iFixit team states that using a foldable screen and dual battery increases the complexity of the phones while lowering the rate of repairs. However, according to iFixit, Moto Razr’s not only has a complex structure.

Another problem affecting Moto Razr’s repairability is that the phone contains excessive glue. However, the iFixit team says you can disassemble Moto Razr using only one screwdriver after the glue problem is solved. In fact, we can clearly say that this is an important convenience, because many smartphones have screws of different sizes.

When you watch the video in question, you will be able to see with your own eyes that it is very difficult especially for the batteries to be removed. The iFixit team is working hard to remove the batteries and other glued components. Parts other than these components can be easily removed.

Regardless, Moto Razr seems to be making a name for itself in the future. Because Motorola has combined the foldable phone structure of the past with today’s technologies and has created a smart phone that attracts a lot of attention. Company officials say there is an extraordinary interest in the phone, and that is why they even delayed the delivery date of the phone. Let’s see if consumers can find what they’re expecting at Moto Razr?

That video out of Motorola Moto Razr