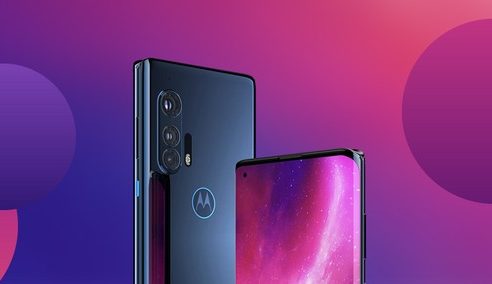 Smartphone would be the brand’s first premium phone since the launch of the Moto Z line in 2018.

The date was revealed by Motorola’s Twitter published last Monday (13). Cellphone prices and the start date for sales have not yet been released.

Although the manufacturer did not reveal the names of the cell phones in the post, the images show a model with a “cascading” display on the sides and with curved edges, which would confirm the rumors of the leaked smartphone design last month. The new phones will be the first premium phones launched by Motorola since the Moto Z3 in 2018.

The Motorola Edge Plus should come with a Snapdragon 865 processor , with 8 or 12 GB of RAM and a 6.7 inch screen. The rear photographic set must adopt linear vertical format. The arrangement should include a 108 MP main camera and two more lenses, possibly telephoto and ultra wide .

The front camera should be housed in a hole in the left corner of the screen , but there is still no information on the resolution. The cell phone’s battery must be powerful, 5,000 mAh . Rumors also show that the smartphone will have a 3.5 mm headphone jack and physical buttons on the side.

The “normal” Motorola Edge remains a mystery. Speculation indicates that the model should have a Snapdragon 765 processor , with 6 GB of RAM. The photographic set should also be less powerful, but it should have a triple camera , with a 64 MP main sensor and two 16 MP and 8 MP sensors. Both models must have 5G connectivity .

According to the GSM Arena, the nomenclature “Edge” should be used exclusively by the American operator Verizon. As a result, competing phone companies based in the United States and other countries would have to sell the device under the “ Moto One ” or “ Moto Z ” brand .

In Brazil, Motorola recently registered three new phones with Anatel , two of them with specifications similar to those of the new Edge line. However, the smartphone has the code name Motorola Racer, which may be an indication of the insertion of phones in the national market.

The third device approved in the action remains a secret. There is still no official information about the arrival of any cell phones in the country.