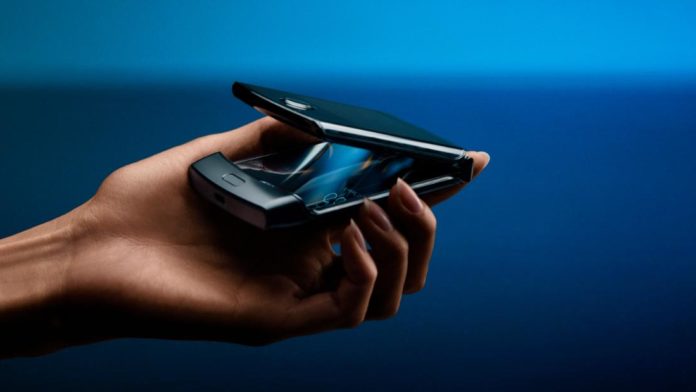 Motorola has officially announced the Razr, a foldable display phone. 6.6-inch size attracts attention on the phone, unlike the Galaxy Fold, folded from top to bottom. The phone will be on the shelves in January.

2019 was a very fast year for the smart phone industry. The companies introduced their new technologies one after the other and the competition in the sector increased a little. In addition, in 2019, technology giants such as Samsung and Huawei tried to lure consumers with their foldable smartphones. It seems that foldable smartphones are now a reality of our lives, and other smartphone manufacturers will soon be available to consumers with foldable phones.

Now, one of the most popular mobile phone manufacturers of the time, Motorola, a new foldable screen phone was introduced to consumers. This smartphone, called “Razr”, has a retro look, but blends with today’s technology.

Motorola Razr design
Motorola’s new Razr phone with foldable display is 6.6 inches in size and has a 21: 9 aspect ratio. Using the OLED display in its new phone, Motorola will offer consumers a resolution of 2142 x 876 pixels. Unlike the Samsung Galaxy Fold, the phone folds from top to bottom. Motorola supports Razr’s foldable display with a protrusion similar to that of traditional clamshell phones.

Consumers can use the second screen after folding the phone. This screen is 2.7 inches in size and GOLED. Motorola says the resolution of this second display is 600 x 800 pixels. With this display, consumers can perform basic operations on the Razr and use their cameras via this display.

Another important point in the design of the Motorola Razr is hinges. The engineers have completely concealed the phone’s hinges so that the hinges are not accessible from the outside in any way. In fact, this is a very important issue because unintended problems can occur when the hinge is not hidden in this type of smartphone. This decision seems to be a logical move to avoid damaging the phone from dust and water. 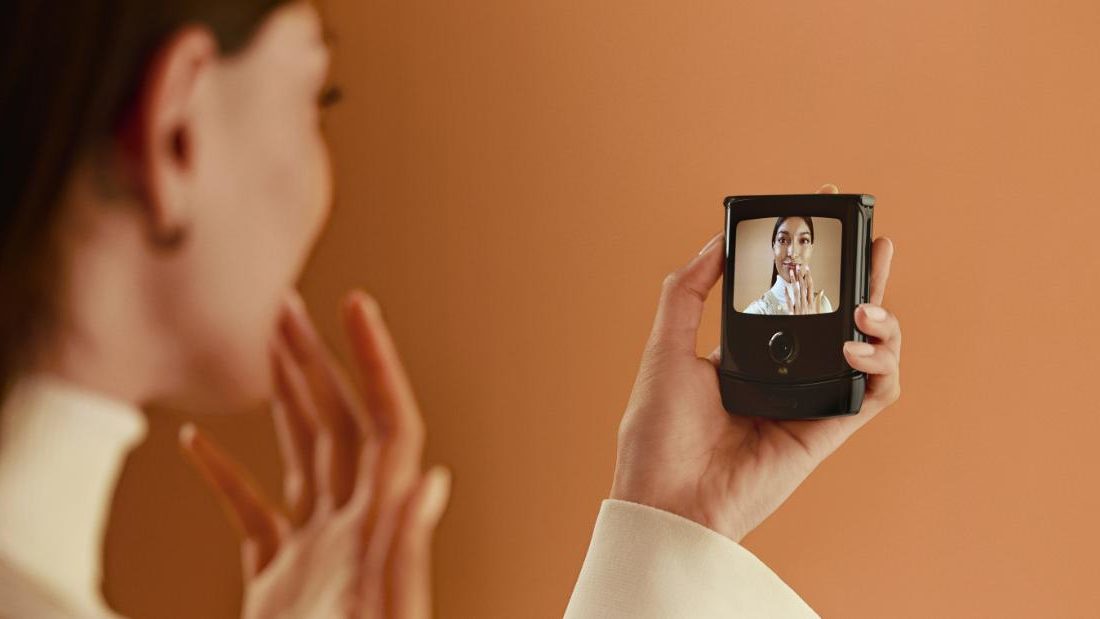 The technology giant’s new foldable smartphone is powered by the 2.2 GHz Snapdragon 720. This power is supported by 6 GB of RAM and 128 GB of storage. But if you have this phone, you have to settle for 128 GB because the Razr does not support microSD cards. In addition, the Razr has a 2.510 mAh battery with 15 watts of TurboPower fast charge.

The main rear camera of the Motorola Razr is 16 Megapixels. The secondary camera on the screen offers consumers a 5 Megapixel resolution. Furthermore, Motorola’s new foldable phone does not have any SIM ports. So you need to use E-SIM before you can use this phone.

Samsung Galaxy M41’s OLED Screen Can Be A Turning Point For...

How to connect PS5 controller to an iPhone with iOS 14.5