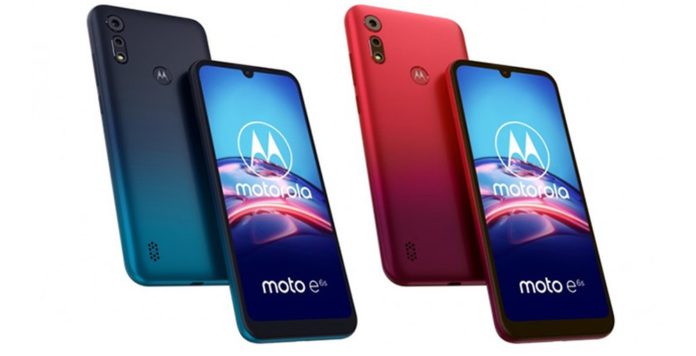 Motorola reinforces the Brazilian catalog with the launch of the Moto E6S, a cell phone that highlights the dual camera up to 13 MP and the digital reader at the rear. The smartphone starts to be sold in the domestic market on Monday (30) for the suggested price of R $ 949. Interested consumers will be able to purchase units in blue and red colors.

Motorola opted for an older version of Google’s Android system. Android 9 (Pie) is present. The model goes against recent news, such as the Moto G8 and Moto G8 Power, both with Android 10.

The phone had already had a technical file revealed, but the arrival in Brazil was uncertain until then. The Moto E6S aims to reach the public that does not need tough specifications and is looking for more affordable devices.

The performance of the Moto E6S should be sufficient to perform day-to-day tasks and browse social networks without crashes. The phone has a MediaTek Helio P22 processor up to 2 GHz and 2 GB RAM.

The Moto E6S technical sheet is complete with 32 GB storage and support for microSD cards up to 256 GB. The 3,000 mAh battery can be refilled using the 5 W charger with micro USB connection that comes in the box. The trend is that the format will be abandoned soon, since the USB-C became the model most adopted by manufacturers.

The dual photo set features a 13 MP main camera with f / 2.2 aperture. The secondary consists of a 2 MP depth sensor to perform Portrait Mode, a famous feature that blurs the background of the image.

In terms of display, the 6.1-inch IPS LCD screen has HD + resolution (1560 x 720 pixels). The drop-shaped notch houses the front camera that records selfies with up to 5 MP. The cell phone is considered the successor of the Moto E6, a product that did not reach Brazil.

To complete the specifications, the Moto E6S features Bluetooth 4.2, P2 port (3.5 mm) for headset and 4G support. The cell phone still has splash resistance, but it cannot be submerged in liquid. The smartphone does not have NFC connectivity, that is, it is not possible to make payments by approximation in applications such as Android Pay.

Google Tests Weather, News And Suggestions Widgets For The Web