Moto G100: We are already tired of knowing that the Moto G family of smartphones was one of the most important to popularize the segment of intermediate cell phones, which is the one that brings together the best cost-benefit ratio. It is precisely because of this that it is one of the most popular here in Brazil. Well, in 2021, the family won the Moto G100 as a new member, which is the first smartphone in the family with top-of-the-line specifications, which makes it the best Moto G ever. And with his hardware, it even outperforms the Motorola Edge + in some ways

For those who don’t know, in some markets like China, this device here was not launched with that name, but with the name Motorola Edge S, positioning it not as the best model of the manufacturer’s intermediate line, but as the most basic from the cutting edge family – which, if we think purely of the components of this cell phone and the price much higher than the maximum of R $ 2 thousand in which most Moto Gs fit in, would rationally make more sense. But by taking this device here and calling it the Moto G100, Motorola made a brilliant marketing ploy. Now that I have spent three weeks testing the device, I can tell you how the set justifies all of this and help you decide whether or not it is worth investing in the Moto G100. Let’s go!

Just by eyeing the Moto G100, anyone who knows the Motorola Edge line will agree that this one really isn’t anything like them. In fact, it is extremely similar to the Moto G 5G Plus. Their size and weight are practically identical, which means that I also found this one with a good and comfortable grip to use, even though it is really heavy, and even though it is all plastic.

The screen also has visible edges, but not very large, on all sides and with the bottom slightly larger, and the display is only interrupted by the two holes in the front cameras. The fingerprint reader also plays the role of the power button on the side, and the headphone connector remains at the bottom, along with the USB-C port and the media speaker.

Behind, we see the cameras, which are also in the square cooktop configuration that we saw on the G 5G Plus. And this one is also available in this bright blue with purple highlights, in addition to another very light blue that is practically silver, and comes with a transparent protective cover. Another thing to mention is that the Moto G100 does not have an IP certification for water resistance. Motorola hasn’t brought this to a device since the Moto X4. 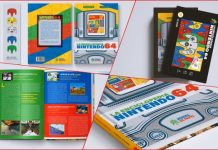 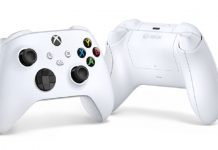 How To Connect an Xbox Series X, S, And One Controller To Your PC

Apple once again becomes king of the smartphone