The smartphone scores 542 points in a single core and 1650 points in a multi-core. Only “Qualcomm” is written in the processor name field. However, upon further examination, it is seen that the chipset has Adreno 612 GPU. This means that at the heart of the phone is the Snapdragon 768 processor.

According to the result of the benchmark test, the Snapdragon 678 is accompanied by 4 GB of RAM. The phone’s operating system appearing as Android 10 stands out as the biggest disappointment in the benchmark result. 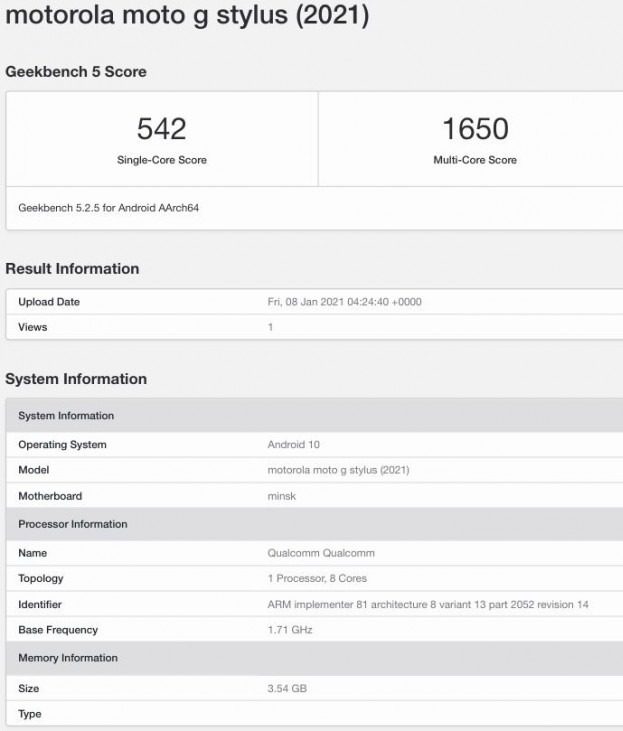 According to the leaks, the Motorola Moto G Stylus (2021) will come with four cameras. The front camera of the phone will be placed in the hole in the upper left corner of the LCD screen. It remains unclear which of the leaks showing the design of the smartphone is correct.