Home Celebrity Most shocking moments in series history so far 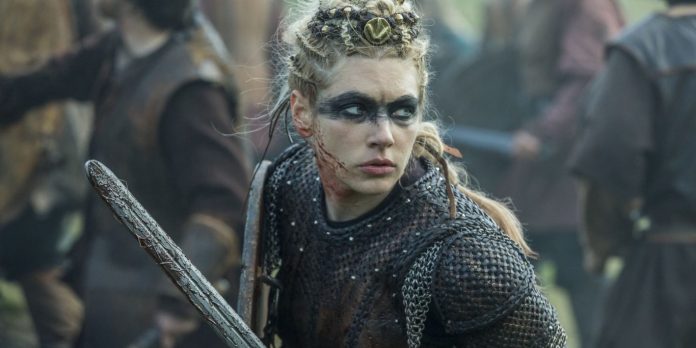 These are the most shocking moments in the history of the hit Vikings series. There’s more where these come from, but these key moments seem to outpace all others.

Ragnar (Travis Fimmel) wants to have a relationship with both women, and Aslaug pretends to agree. But Lagertha (Katheryn Winnick) does not accept it, she divorces Ragnar and leaves him, however, she never forgives Aslaug for his involvement.

Lagertha and her warriors reclaim her home and she becomes the Queen of Kattegat. However, when Aslaug (Alyssa Sutherland) asks to be allowed to leave, she turns her back to get away from her, but Lagertha shoots her with an arrow, killing her.

Judith murders her own son

In season 5B, Judith (Jennie Jacques) poisons her own son to save the other. Let’s remember that she has two children: Aethelred (Darren Cahill) and King Alfred (Ferdia Walsh-Peelo).

However, Aethelred is the eldest and the son of King Aethelwulf (Moe Dunford) of Wessex, Alfred is actually the son of the former monk Athelstan, but Judith convinces Aethelred to let Alfred take the crown. So Judith believes that her son will never stop trying to take her place as King of Wessex, so she poisons her wine and watches him die.

Bjorn Ironside is stabbed and dies

In the mid season 6 finale, Ragnar’s eldest son, Bjorn Ironside (Alexander Ludwig), is stabbed while fighting the Vikings from Rus who have come to invade Scandinavia, it is an unexpected moment because it seems that Ivar (Alex Hogh Andersen) stabs him, though he’s supposed to be somewhere else at the time, it’s a fatal wound for Bjorn, and one that Vikings fans didn’t see coming.

When he is shot by three arrows, he still raises his sword, rallying his troops for battle, defeating the Rus and sending them into retreat, but Bjorn is killed in the process. Don’t forget that Vikings is available on Amazon Prime Video.

Kylie Jenner matching her BFF: she poses with Anastasia Karanikolaou!

Who are sasaeng fans and how do they get close to...