It looks like Lionel Messi will take the top spot on Instagram thanks to the most popular post after his World Cup triumph, but what else is there? Here is the current top 10.

Over the past few years, many posts have appeared on social networks, and each platform has its own records of the most popular, most viewed and commented posts.

In the case of Instagram, it may seem that posts can’t spread quickly and start getting a record number of interactions in a short time, as Twitter does, but some of the biggest posts have gained tens of millions of likes in a short time. time.

Currently, the first place is occupied by a photo of an egg. In case you forgot what it was about, it was a campaign from the world_record_egg account that wanted to take a place among the photos that received the most likes. Although this dominance may come to an end.

After the conclusion of the 2022 FIFA World Cup, in which Argentina finally won for the first time since 1986, Lionel Messi’s festive post may take this place away from the egg.

A football icon who was supported by almost the whole world — well, with the exception of France — to win the World Cup, in less than 24 hours his photo has gained more than 43 million likes.

He also overthrew his long-time rival Cristiano Ronaldo, who previously held second and third places in different posts. In one of them, Messi and himself played chess in a Louis Vuitton advertisement before the World Cup.

At the time of writing, Messi still needs another 6 million or so to gain a foothold in first place, but considering how quickly he got to 43 million, it’s not surprising that this will happen soon.

The full top 10 can be found below:

Since new posts are published all the time, there are many attempts to break into the top 10, but it will be quite difficult to come out on top if Messi achieves this.

We will be updating this post with new entries, so stay tuned. 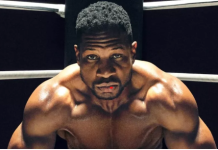