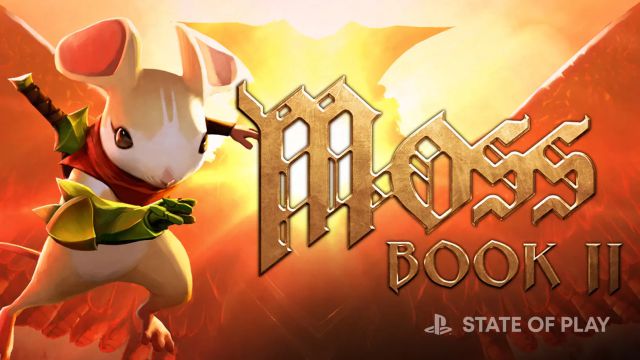 Moss: Book II: This new installment will continue the events narrated in the first part of the Polyarc title in 2018. We know all the details and news. Moss: Book II is one of the great surprises of the State of Play held on the night of this July 8. After the award-winning Moss, a puzzle adventure where we control the mouse Quill in PS VR, HTC Vive, Oculus Rift and Oculus Quest, it is time to continue the events that occurred in the original work with a direct sequel that will soon arrive on PlayStation VR . You can see his reveal trailer at the opening of this news.

In this second part, we will control Quill again with new territories, interactions, dangers and missions while we create a special bond with the protagonist. “Not only do they pick her up and guide her through the game, but they get into her world as her character; each one of her actions has an impact ”, they explain.

“Players will reprise this role in Book II and the story will continue after the successful rescue of Uncle Argus,” says Joshua Stiksma, Principal Engineer & Design Director at Polyarc. “The adventure continues with the revelation that a winged tyrant leading the arcane forces has turned her attention to Quill, and is now hunting her inside her castle, spellbound by her, where her uncle is captive.” . Rescuing Uncle Argus is the cornerstone of an adventure with demanding challenges, puzzles, hostile terrain and new enemies; although we will also find new allies along the way.

In our original review of the Polyarc PS VR game, rated 8.5 out of 10, we were really pleased with the result: “Too good to be so short. The two, three, hopefully four hours that we are in the Moss universe fly by. The game is an artistic display. Without a doubt, we are facing the most beautiful title of those we have enjoyed in virtual reality ”. One of the most recommended works of the now veteran PlayStation 4 virtual reality device (compatible with PS5 through a special adapter).