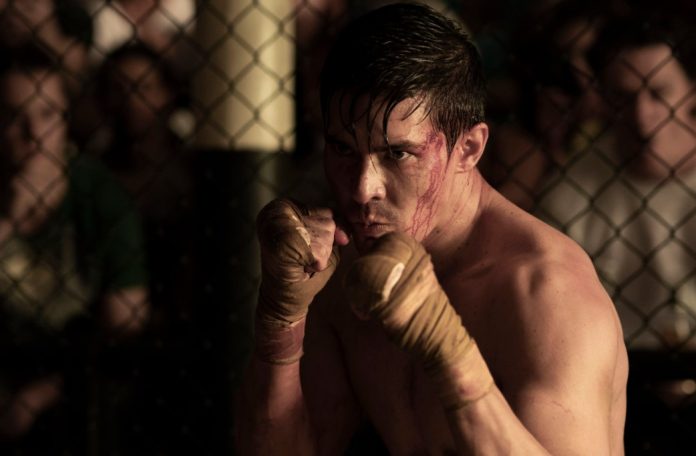 Warner brings the many fans of the game this spring fighting Deathmatch The movie action expected by Midway Games released in theaters. For the popular video game series, a film starring “Highlander” star Christopher Lambert was released in the 1990s – after the first game was released – and it has now achieved cult status. The expectations of gaming connoisseurs are all the greater as the new film has reached the set and tone of the series.

A first trailer is still far away . But in the meantime, the first scenes with the most important and popular characters have arrived: Sub-Zero, Jax, Scorpion as well as Sonya Blade and a few others.

Here are some more… I am SO ready for this film. I remember seeing the 1995 film in theaters for a late-night show in the early days of surround sound and loved every second of it. Can't wait for this new version – I hope it's stuffed with great brawls.#MortalKombat pic.twitter.com/hO1jRPAOPu

“Mortal Kombat Movie Is Going To Be Brutal”

The film is based on the Mortal Kombat game series that received an R rating which corresponds to FSK-18 approval in this country. Screenwriter Greg Russo and director Simon McQuoid have already announced that they will adhere closely to the model – also in terms of the severity and brutality of the series. It’s not for nothing that horror specialist James Wan is part of the production team.

In addition, the creators promise a reunion with well-known characters and elements of the game:

“There is blood, blood and dead! “

Reunion with Sub-Zero, Scorpion and Jack

The cast of the film brings to life some of the game’s well-known characters, bred by experienced martial arts fighters were:

Details of the first story and new character

Along with Cole Young , played by Lewis Tan (“Deadpool 2”), is also a brand new character at the center of the plot, which mysteriously represents a connection to Mortal Kombat.

According to the details of the first story, Cole Young is an experienced MMA fighter , who has a mysterious dragon-shaped birthmark that is very similar to the “Mortal Kombat” logo. One day, Cole is attacked by Sub-Zero. He fears for the safety of his family and flees. He meets Special Forces soldier Jax (Mehcad Brooks), who has a similar birthmark, and Sonya Blade (Jessica McNamee).

“Soon Cole Young finds himself in the temple of Lord Raiden, an elder god and protector of Earthrealm, who gives refuge to the bearers of the mark. Here, Cole trains with veteran warriors Liu Kang, Kung Lao, and renegade mercenary Kano as he prepares to face enemies of the outside world with the world’s greatest champions in a battle for the universe where the stake is important. . Will Cole manage to unleash his Arcana – the immense power of his soul – in time to not only save his family, but also stop Outworld once and for all? “

Mortal Kombat in theaters this spring

The action film “Mortal Kombat” will be released in German theaters on April 15, 2021 , they are expected to be open due to the crown.

In addition, film studio Warner Bros. Pictures has announced that it will release all films announced for the year 2021 in the United States at the same time on in-house streaming provider HBO Max for an additional charge – similar to Disney + with Mulan. .

In the meantime is Mortal Kombat 11 appeared and also for the announced PS5 .

Jenna and Rosie starred in the new Twenty One Pilots video