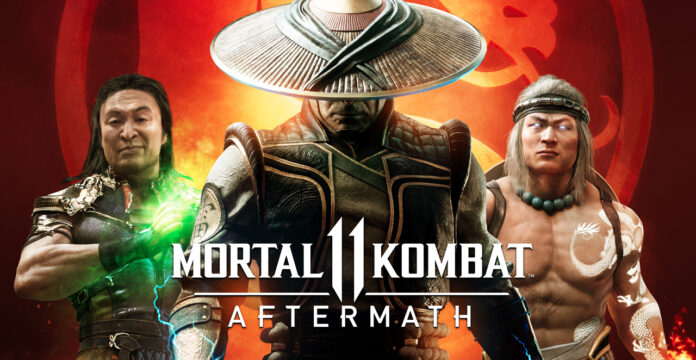 The release date of Mortal Kombat 11’s new DLC Aftermath has been officially announced with the trailer released. Aftermath will bring new storyline and characters to the game, as well as additional content and costumes.

NetherRealm Studios and Warner Bros. Interactive Entertainment announces Aftermath, the new DLC of the popular fighting game Mortal Kombat 11, with a trailer. Mortal Kombat 11: Aftermath will be released on May 26 in all forms.

Mortal Kombat 11’s Aftermath expansion will offer new playable characters, an entirely new story chapter, and more. In the new story episode, Fire God Liu Kang will resort to the help of unexpected allies and familiar enemies to create a new history while the fates of the two worlds are in balance.

Mortal Kombat 11: Aftermath comes with new story line and new characters
Liu Kang and Raiden are ready to restart history after events in the main story, but it turned out that they missed a key piece to do this, but Shang Tsung knows how to get it. An unexpected, brand new narrative experience emerges because the duo must trust Tsung.

Aftermath brings new characters as well as the story. Four-arm half-dragon queen Sheeva, God of Wind and protector of Earthrealm Fujin, and cybernetic police officer RoboCop will come to the fighting arena. He will join other guest characters such as RoboCop, Terminator and Spawn. As part of the Aftermath, three new costume packs will also be released over time.

The new expansion of Mortal Kombat 11 will bring back Friendship finishing moves. Friendships are the non-violent version of the rather brutal Fatalities. For example, at the end of the trailer, Scorpion seems to relax with a big teddy bear.

New Bill in the US: Tech Giants Won’t Preload Their Own...