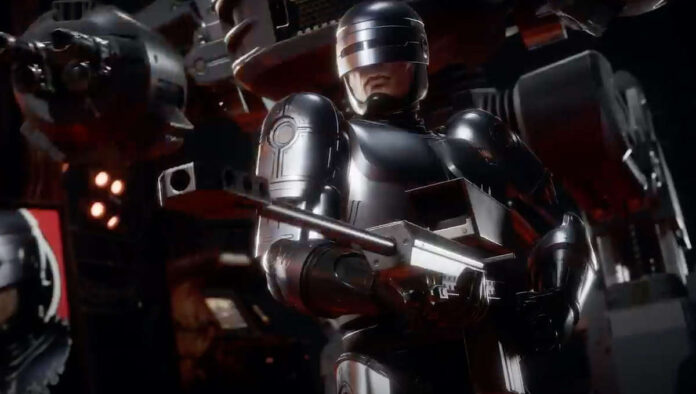 The upcoming expansion of the popular fighting game “Mortal Kombat 11: Aftermath” will launch on May 26 and, as previously revealed, will include three new playable fighters, including the 80s version of RoboCop.

Ahead of the launch, developer NetherRealm Studios has released new details about the expansion at breakneck pace, and that now includes a look at some of the customization options for RoboCop.

It's in our best interest to stay out of trouble. #MKAftermath pic.twitter.com/hg7iJI9RdU

As with all “Mortal Kombat 11” characters, RoboCop will apparently receive a variety of skins and character options. However, a new video seems to indicate that, along with RoboCop’s own fairly typical custom outfit, their weapons will also receive various facelifts depending on the options players choose.

“Mortal Kombat 11: Aftermath” will launch for PlayStation 4, Xbox One, PC, Nintendo Switch, and Google Stadia on May 26. It is currently available to pre-order where such things are sold.

Players will have several options to get the DLC, either separately or a version in conjunction with the game or with the past DLC of additional fighters, as we can remember “Mortal Kombat 11” brought with it Joker from DC Comics and the T- 800 from Terminator to the game.

Emma Watson has always been very attracted to bad boys!