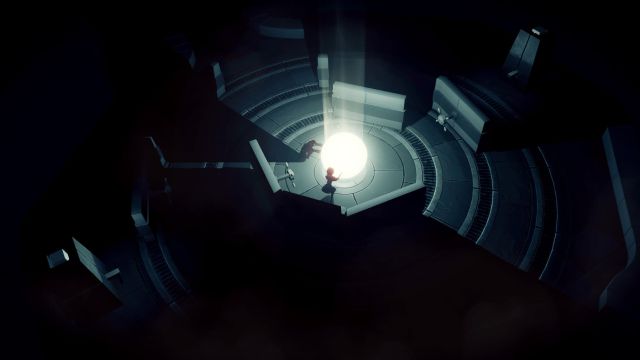 We analyze Morkredd, an attractive puzzle game that uses the contrast of light and shadow in a very enjoyable title both alone and with others.

One of the main attractions of the video game environment is its capacity for innovation, to surprise us with original and fresh proposals that make us feel new sensations. From what has become known as the explosion of independent video game development, it is precisely from this sector that some of the biggest and best surprises that this blessed form of entertainment has given us in recent years are coming from. This 2020, without going any further, we have received such varied proposals and gives such quality as Kentucky Route Zero, Factorio, Spelunky 2 or that Hades that is sweeping so much among critics and players today. The Norwegian studio based in Oslo Hyper Games adds with its original title to a year 2020 that among so much misfortune leaves us one of the best harvests of independent video games that we remember.

Morkredd is the title of this dark adventure of puzzles and skill that takes place in a disturbing and dark world. Its main characteristic, and what we liked the most about the game, is that it offers two totally different perspectives on it depending on whether we play it individually or with others, without varying the number of characters on the screen or the mechanics it offers. You will always have to control two characters, having to do it a single player if you play alone, or each player controlling one if we do it accompanied. Both approaches are totally enjoyable, but as we will see once we are in the thick of it, things change a lot from one to the other. It is in fact highly recommended to play it both alone and accompanied to be aware of all the different nuances and circumstances that occur if we do it in one way or another.

The game is also an ideal title to share with that person who is not a regular player or player, because of the simplicity and immediateness of its proposal, and because of the funny and shocking situations that will cause coordination (or rather lack of it … ) necessary between the two people at the controls. So, if you are looking for an ideal title to share with your partner or children, even if they are not regular consumers of video games or even have no interest in them, Morkredd is an ideal title to enjoy in company. Being a puzzle game mainly based on the game between light and dark, it is never excessively complex, and it is precisely achieving that much-needed coordination between the two characters that is the main difficulty of the title. All decked out with a magnificent and gloomy setting, and a narrative that rests entirely on the game’s visuals.

Journey into the depths of darkness

Absolutely the entire plot of Morkredd is narrated through the visual elements that it displays on the screen, without using dialogues or cinematic scenes proper beyond a small video in certain transitions. It is up to us to build the plot as we play and interpret what we see. All of this from a very disconcerting start. A kind of ball of light descends on a background of total darkness, and in the middle of an open field where we see several inanimate bodies, it illuminates and gives life to two forms that seem human, one female and the other male. Soon we see that the slightest contact of any of the forms with the darkness destroys them, and they must remain under the shelter of the brightness that the orb gives off, in the middle of a completely dark place full of strange forms.

At first, the luminescent orb levitates by itself and we must follow it. But soon it will increase in size and settle on the ground, becoming a rolling sphere that the two forms must push, lest they perish if they move away from the area illuminated by the sphere and step on the slightest hint of shadow. Subtly, the game is releasing clues about the world in which we move, and we have loved the sensation it makes us feel of being tiny pieces in a puzzle or gear of cyclopean proportions with respect to us. The setting and immersion capacity of the title are excellent and work wonders, pushing us to continue to see what it surprises us with next. If we explore well, we will discover a kind of murals where part of the story is told, as hidden collectibles. But as we say, there is not a single dialogue or the slightest hint of direct explanation of the story in the game, and despite this, it connects with the player and transmits everything that he wants.