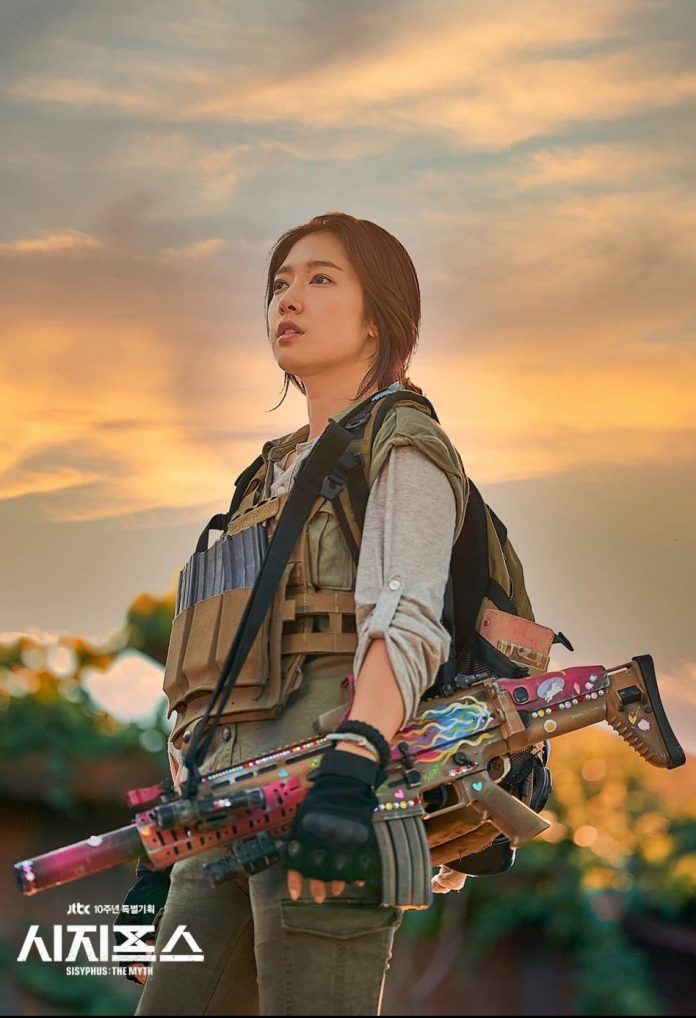 The producers of Sisyphus: The Myth, starring South Korean stars Park Shin Hye and Cho Seung Woo, released a new image as a preview of what the JTBC K-Drama special will bring, as part of their celebration. tenth anniversary.

In the photo, Park Shin Hye appears as Kang Seo Hae, a very skilled character who uses ropes to move between high-rise buildings in Seoul, even forcefully catching an oversized man with just his hands.

In Sisyphus: The Myth, Cho Seung Woo plays Han Tae Sool, a genius engineer who sets out on a dangerous journey to discover hidden creatures that secretly reside in our world.

Han Tae Sool is saved by Kang Seo Hae (Park Shin Hye), who has come a long and dangerous path to save him. The actress will star in spectacular action scenes with a character very different from the one she was used to for her followers.

The plot of Sisyphus: The Myth revolves around the life of a genius engineer played by Cho Seung Woo, who tries to find hidden secrets in mysterious land creatures and a saving young warrior from the future Kang Seo Hae.

Han Tae Sool (Cho Seung Woo) co-founder of the international company Quantum and Time, is a highly skilled genius in engineering and coding. This innate ability is the main reason why mysterious creatures, who have lived in secret on the planet, persecute him.

After Parasite, Park So Dam returns with the movie Ghost

Kourtney Kardashian already ready to have a child with Younes Bendjima